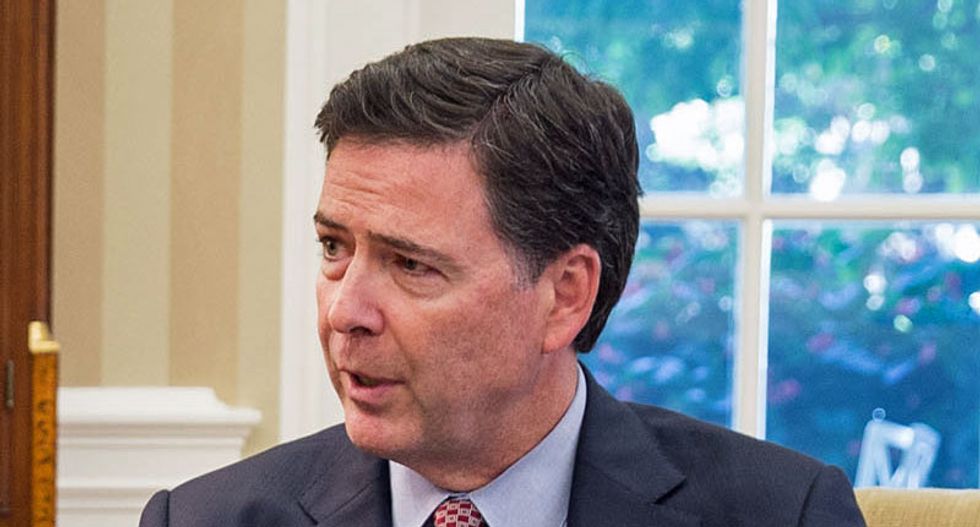 In an op-ed for the Washington Post this Tuesday, former FBI Director James Comey addressed the Justice Department's credibility in light of recent events. According to Comey, many DOJ alumni feel that President Trump and Attorney General Bill Barr "are doing grievous damage to an essential American institution."

Comey says that regardless of varying opinions across the political spectrum, the Justice Department is "113,000 people trying to do good in every part of this country and around the world."

"It is a hugely diverse collection of people who all depend on the same thing — an amazing gift they received on joining the department," Comey writes. "It is a gift they might not have noticed until the first time they stood up and identified themselves as a Justice employee and said something — whether in a courtroom, a conference room or at a cookout — and found that total strangers believed what they said next."

The good that the people within the DOJ seek to accomplish is made possible by a "reservoir of trust and credibility," but actions by bad actors can create "one hole in a dam can drain them quickly," he writes.

"Now, one person, Attorney General William P. Barr, threatens the reservoir of trust," Comey concludes. "From the beginning, this attorney general has echoed the president, aping his dishonest characterizations of the department’s work and appearing to respond to President Trump’s self-interested demands for new investigations and prosecutions. And the water began draining."