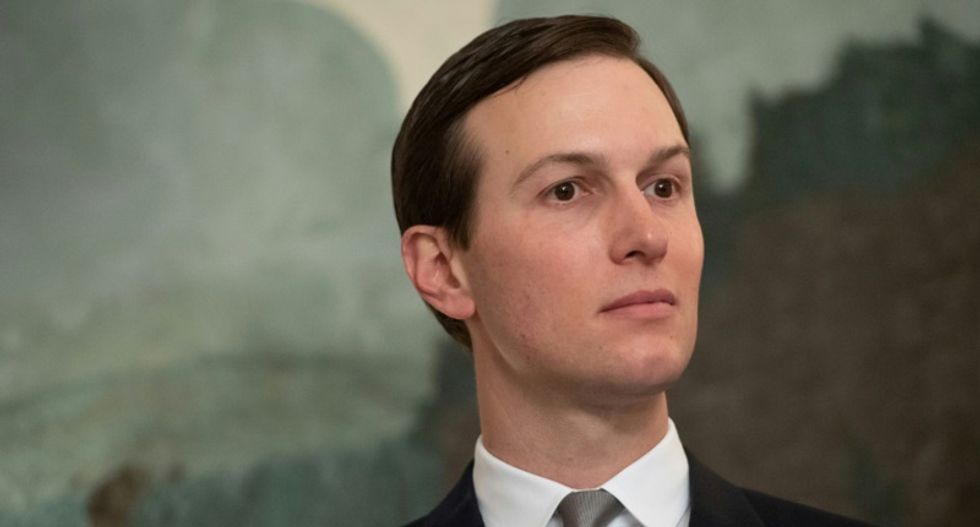 Donald Trump's son-in-law and architect of the new US peace plan for the Middle East, Jared Kushner, has called on the UN Security Council to break its "habits" and solve the "hardest problem in the world", in a rare interview.

Kushner on Thursday presented the US peace plan to the UN Security Council, using maps and graphics to illustrate his contention that the parallel developments of Israeli settlements and Palestinian aspirations would lead to a point of no return for the creation of a Palestinian state.

Several countries, including Britain and Belgium, said the meeting was "very interesting", while a diplomat said some members of the Security Council were given the US plan in the form of a large book, signed by Kushner.

"We are having very constructive discussions with everyone and we want to work together with the Council and other countries to make progress."

"What we are doing is just trying to fight against habits. People have been in a habit for so long of just saying the same things, putting out the same statements," he said.

The plan's recent publication has caused a "ton of cracks" in the approach taken by several states, Kushner said, pointing in particular to the European Union, which he said "was not able to get a consensual statement" about the proposal.

He also said members of the Arab League had either been neutral or supportive of the ideas and he had seen "very few critical statements".

"We are able to convince more and more people that this is the way to go. People are tired of this issue, they realize that it's in their national interest to see a resolution," he added.

The US proposal also gives consent for Israel to annex Israeli settlements as well as the Jordan Valley, a narrow strip of land much of which is inside the West Bank, a key part of the Palestinian territories occupied by Israel since 1967.

Asked whether Israel could be flexible on the question of east Jerusalem, Kushner said that was up to the two parties themselves to decide.

"This was what we were able to get Israel to agree to as a starting point to have negotiations on the basis of. The only way to find out what flexibility Israel will have is for the Palestinians to sit at the table and try to negotiate," he said.

The plan "may be the last chance" for the Palestinians to have a state, he added, which is "why it's important to move forward with a recognition deal in exchange for a freeze" on Israeli settlements.

Kushner said a US-Israeli commission will be set up to look more closely at how a contiguous Palestinian state could be created, but said that would be difficult to achieve.

Palestinian president Mahmud Abbas "does have a responsibility" for a spike in violence in Israel over the last few days, after the peace plan was unveiled, Kushner said, while signalling the door to negotiation remains open.

"If the Palestinians come to the table maybe there is some flexibility from the Israeli government," he said.

A Palestinian-backed resolution condemning the US plan is set for a vote in the UN on Tuesday, where Kushner expected to hear "the same tired talking points".

"People who are ready to have a state don't go out and call for Days of Rage and encourage their people to pursue violence if they are not getting what they want," he said.

Kushner also accused Abbas of not wanting to reach a peace deal, saying he had met him four times.

"I never felt like he was willing to get into details either because he is not a detail-oriented person or because he didn't know what he wanted to accomplish."