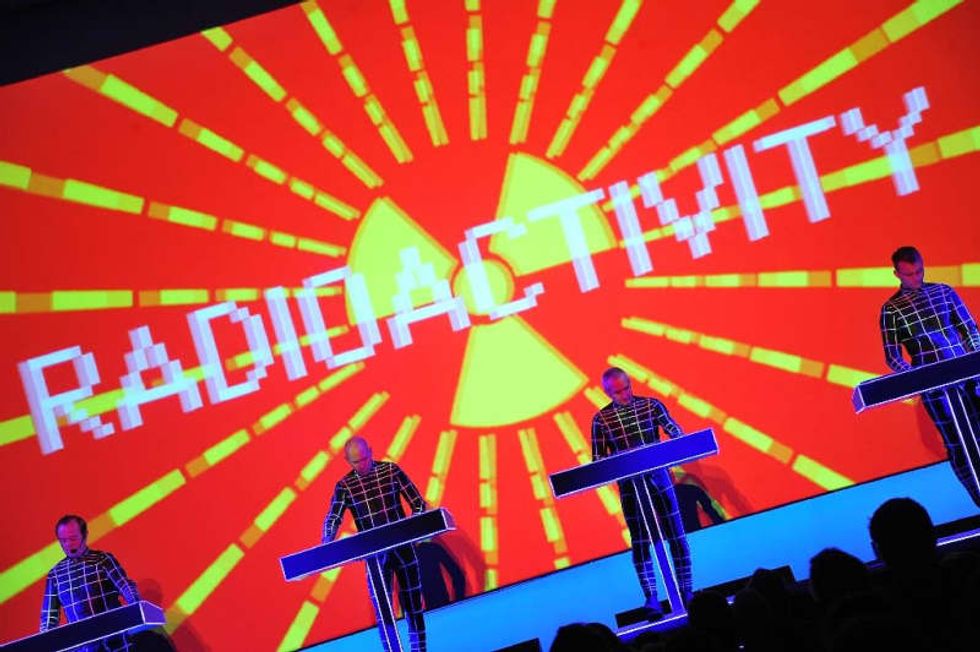 New York (AFP) - The legendary German electro pioneers Kraftwerk on Monday announced a North American tour to celebrate their 50th anniversary.The influential group -- which has inspired artists from David Bowie to Kanye West and Daft Punk -- will kick off the 27-date trek throughout the US and Canada in Seattle on June 19, with destinations including Los Angeles, New York and Chicago along with Vancouver and Montreal.The act promises immersive "3-D Concerts" -- a concept launched in 2013 that fuses three-dimensional visuals and performance art with Kraftwerk's music catalog -- that will retur...