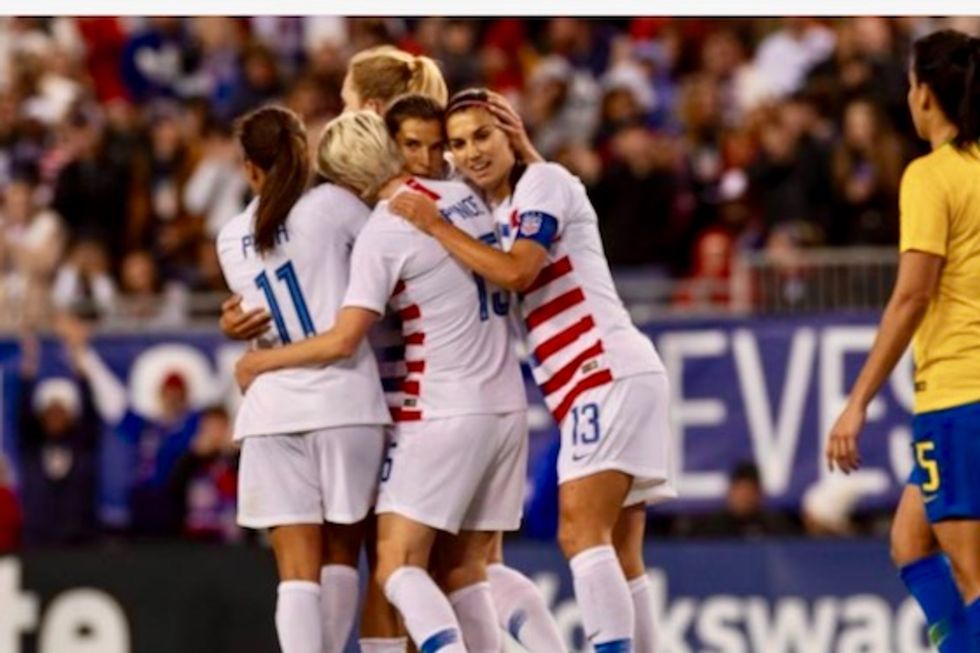 The US men's national team blasted the US Soccer Federation on Wednesday in support of the equal pay fight by the American women's squad, the reigning World Cup champions.

In a blistering statement released on the website of the US National Soccer Team Players Association, the US men's national team union, the squad backed their female counterparts in their ongoing fight for equal money and support from US Soccer.

"The Federation has been working very hard to sell a false narrative to the public and even to members of Congress," the statement said.

"They have been using this false narrative as a weapon against current and former members of the United States Women's National Team (USWNT)."

A group of 28 players from the US women's national team has filed a class-action gender discrimination lawsuit against US Soccer with a trial expected to begin in May.

"The Federation continues to discriminate against the women in their wages and working conditions," the statement said.

"They're trying to protect their monopoly, their massive revenue streams, and their continued ability to exploit US national team players. It's time for this to stop."

Near the message's end, the US men declared: "Soccer is perhaps the most corrupt sport in the World. We do not want a US Soccer Federation that behaves like FIFA."

Male players attacked US Soccer's complete control over who can play on national teams as a way to support unequal treatment and blunt critics.

"Historically, the federation has used that monopoly power as a weapon against the players," the statement said.

"For many years they refused to pay players at all. The federation benefitted from ticket sales, sponsorship, and merchandising while paying players as little as possible.

"At the same time, every training session and game carries the risk of injury."

The men cited the troubled labor history between US players and the federation, noting players have had to threaten and sometimes employ walkouts to gain pay hikes and benefit increases.

"The federation has justified its unreasonable proposals by claiming its financial future was uncertain," the US players said. "The federation still claims it cannot afford to pay the players a fair share of the federation's revenue from selling the efforts of those players to fans, sponsors, and television."

US men signed a 2011-2018 deal for a 25% pay hike but claimed "it never came close to a fair percentage of the federation's national team revenues."

They demand the US women receive much more than the federation has spent on them.

"For more than 20 years, the federation has resisted any concept of equal pay or basic economic fairness for the USWNT players (and) also refused to include... the same provisions as the men's with respect to air travel, hotels, etc.

"This is systematic gender discrimination that should have never happened."

The men said US women had little choice but to accept their current labor deal from 2017-2021 given the power US Soccer had over the national team selections and the National Women's Soccer League, the third and to date most successful attempt to start a US women's pro club league.

"The women were due at least triple what our expired deal was worth in player compensation," the statement said. "We believe the federation should have agreed to a deal directly tied to a fair share of the revenue players generate."

The male players said US Soccer has chosen to boost its budget for legal fees to fight its own players rather than provide better compensation.