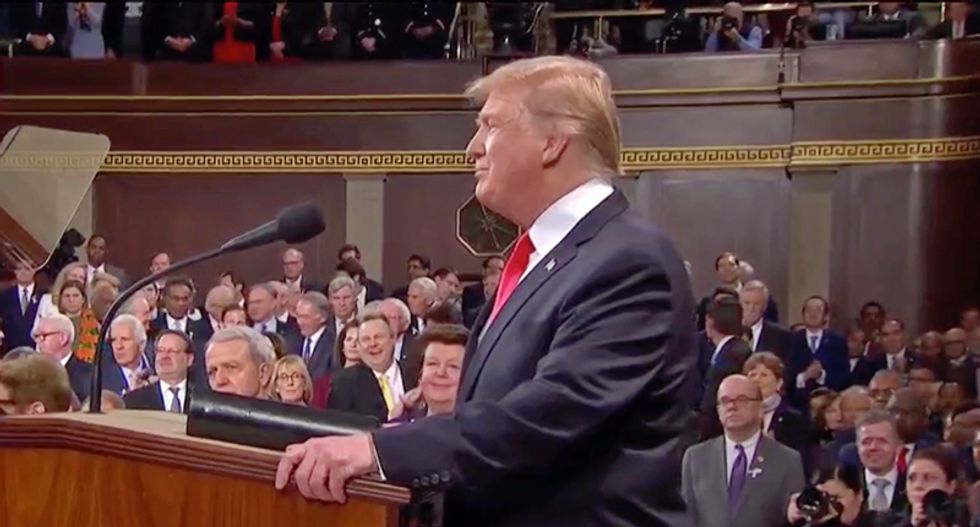 Members tweeting with #BlackTwitter noticed President Donald Trump's pandering to people of color during the State of the Union Address Tuesday.

Throughout the course of the evening, Trump promoted his programs from the past three years using guests of honor that were people primarily Black Americans.

Trump celebrated his new Space Force, by highlighting one of the last living Tuskegee Airmen, a group of African-American military pilots who fought in World War II. They were the 332nd Fighter Group and the 477th Bombardment Group of the United States Army Air Forces. Black citizens were forced into segregated military units and anywhere else in the federal government.

You can see the responses from #BlackTwitter below:

Is anybody else tired of @realDonaldTrump pandering of Black and Brown voters? #BlackTwitter #TrumpIsCorrupt
— Ez-E (@Ez-E)1580870156.0