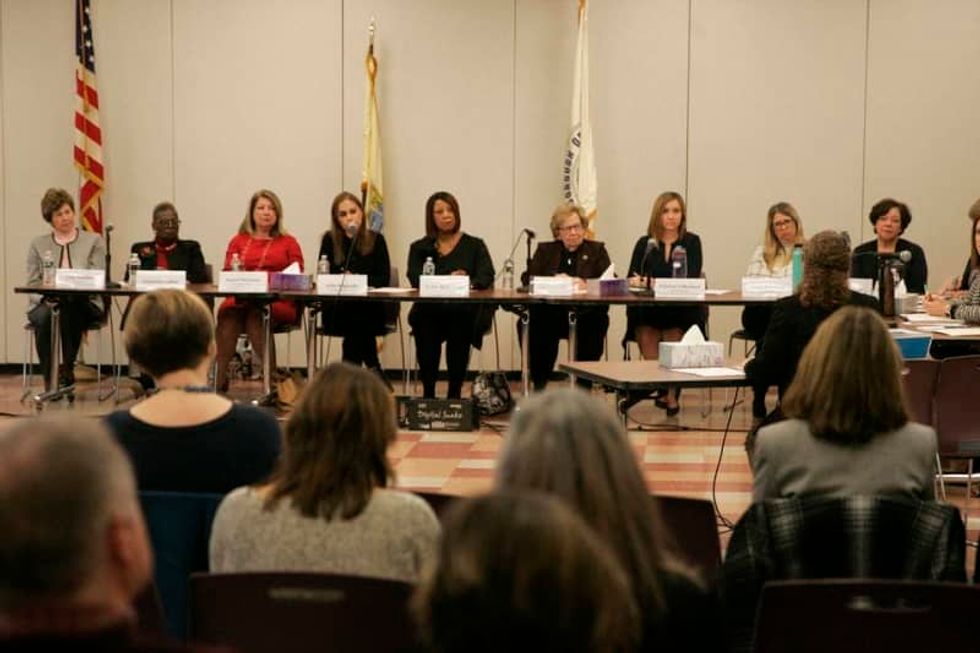 The first hearing where women were invited to publicly share their experiences with sexual harassment in New Jersey politics included allegations against one of the state’s most powerful politicians.In emotional testimony Tuesday evening, a labor official came forward at the public forum in Fort Lee to accuse state Senate President Stephen Sweeney of intimidation, including verbally threatening her in public several years ago after she opposed his efforts to cut state pensions.Sweeney, D-Gloucester, contributes to a culture of “toxic masculinity” in New Jersey politics, Fran Ehret, a staff rep...