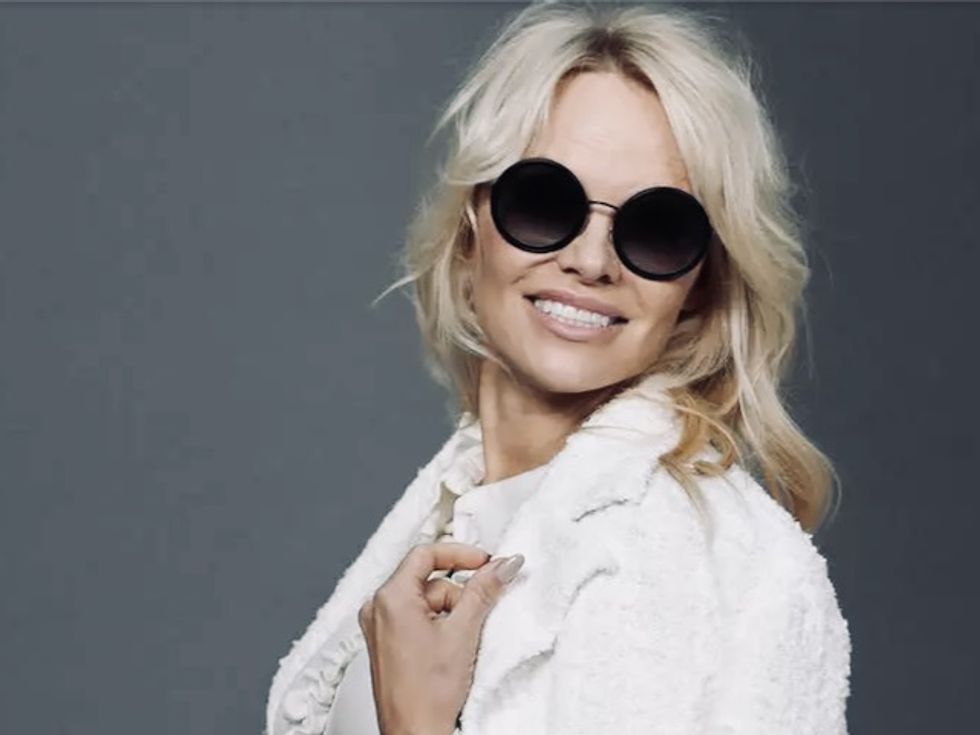 The actress and animal rights activist wed "Batman" producer Peters on January 20 at a ceremony in Malibu reportedly attended by her two sons and his three daughters and ex-wife.

But there was apparently trouble in paradise as Anderson abruptly flew to her native Canada on Saturday morning, The Hollywood Reporter said, just days after posting a photo of herself and Peters on her Instagram account.

"I have been moved by the warm reception to Jon's and my union," Anderson, 52, said in a statement to US media.

"We would be very grateful for your support as we take some time apart to re-evaluate what we want from life and from one another."

The pair had each been married four times prior.

Anderson said in her statement that the wedding had never been formalized and the pair had decided to step back while mulling their next move.

More recently she dated French soccer star Adil Rami, with whom she lived in France.

Peters, 74, a former hair stylist, rose to Hollywood prominence after a high-profile romance with Barbra Streisand, going on to produce her 1976 version of "A Star Is Born."

He subsequently oversaw the Tim Burton "Batman" films in the 1980s and 1990s, and brought another DC comic books icon back to the screen in 2006's "Superman Returns."

He was co-chairman of Columbia Pictures for a stint in the 1990s.

Peters reportedly first met Anderson at the Playboy Mansion in the 1980s, and proposed to her shortly after.

"There are beautiful girls everywhere. I could have my pick, but -- for 35 years -- I've only wanted Pamela," he told THR when the pair tied the knot in January.

'This should be a no-brainer!': Former adviser pounds GOP leaders' silence on Trump dining with anti-semites

During an appearance on MSNBC's "The Sunday Show," former Republican Party campaign adviser Tara Setmayer went on an extended tirade attacking the GOP leadership for remaining silent about Donald Trump's Mar-a-Lago dining experience with Kanye West and Nick Fuentes -- both of whom are vocal and notorious anti-semites.