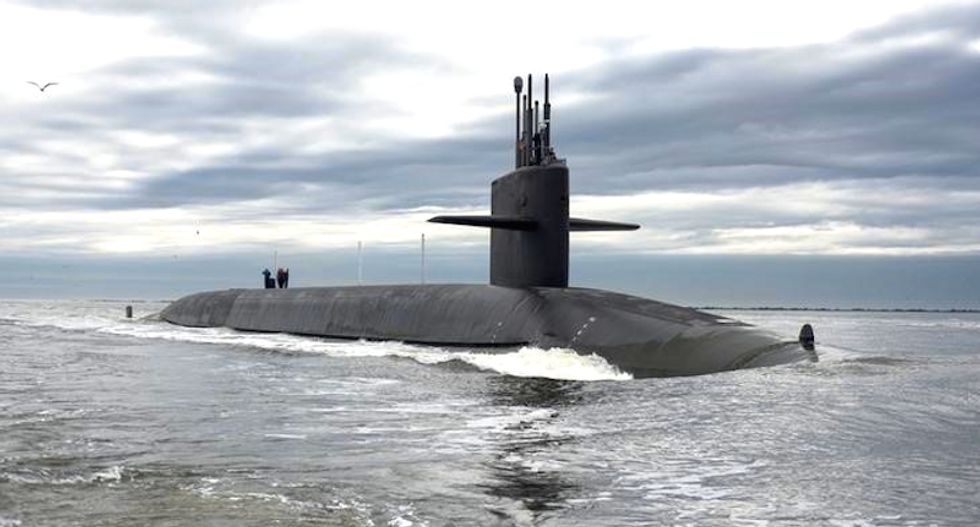 The US Defense Department announced Tuesday that it has deployed a submarine carrying a new long-range missile with a relatively small nuclear warhead, saying it is in response to Russian tests of similar weapons.

The deployment of the W76-2 low-yield warhead is "to address the conclusion that potential adversaries, like Russia, believe that employment of low-yield nuclear weapons will give them an advantage over the United States and its allies and partners," Under Secretary of Defense John Rood said in a statement.

The warheads have sparked concern that they would be more likely to be used because they cause less damage, thereby lowering the threshold of nuclear conflict.

The W76-2 has an estimated explosive yield of five kilotons, compared to the 455-kiloton and 90-kiloton yields of nuclear warheads already deployed on US submarines, according to William Arkin and Hans Kristensen, writing on the Federation of American Scientists website.

They said the new small warheads have been deployed on the USS Tennessee submarine, patrolling in the Atlantic Ocean.

The Pentagon indicated that it would deploy a small nuclear weapon in its 2018 Nuclear Posture Review.

It also "demonstrates to potential adversaries that there is no advantage to limited nuclear employment because the United States can credibly and decisively respond to any threat scenario."

But critics say that, after decades in which the sheer size of nuclear weapons had been seen as a deterrence to their use, a small nuclear warhead could increase that possibility.

"While some argue that this warhead is a response to Russia's so-called 'escalate to de-escalate' strategy that will strengthen deterrence and raise the nuclear threshold, others contend that it will lower the threshold for US use and increase the risk of nuclear war," the Congressional Research service said in a report last month.