Republican congressman who was already under investigation gets new probe into illegal campaign loan: report 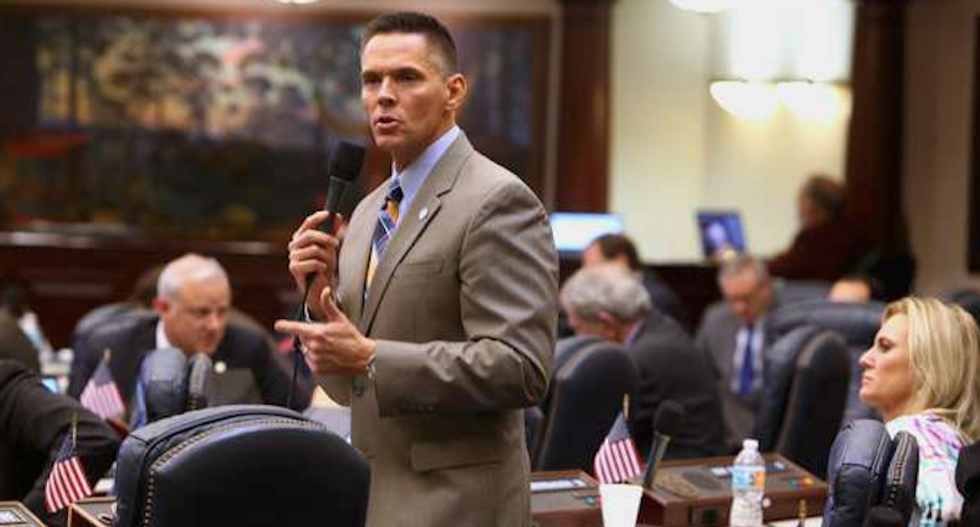 On Monday, the Tampa Bay Times reported that Rep. Ross Spano (R-FL) is under investigation by the Florida State Bar for a $180,000 loan he gave his campaign using money that was allegedly given to him by two friends.

Such an arrangement would violate campaign finance law, which would require money donated in this way be recorded as a campaign contribution. A contribution of that size would also be impermissible under campaign limits.

Spano is already facing a federal investigation into this arrangement. This additional investigation will examine whether he breached the state rules of conduct for attorneys, and could result in disciplinary action against his 22-year law practice.

The State Bar is already conducting an entirely different investigation into Spano for his participation in a stunt in which several House Republicans stormed a secure, compartmented information facility during classified impeachment proceedings.

Spano has acknowledged that the loan may have been illegal but insists it was an error. He is now arguing he thought it was permissible because he saw a previous Tampa Bay Times report that one of his primary opponents, Frank White, accepted a $1 million campaign loan from his wife — but in fact that article explicitly stated White's campaign may have broken the law in doing so.

He also claims he couldn't have knowingly broken the law because he publicly disclosed the donation, but that may not be entirely true: his campaign filing was actually almost five months late, and only after the Times noted he had failed to produce it.