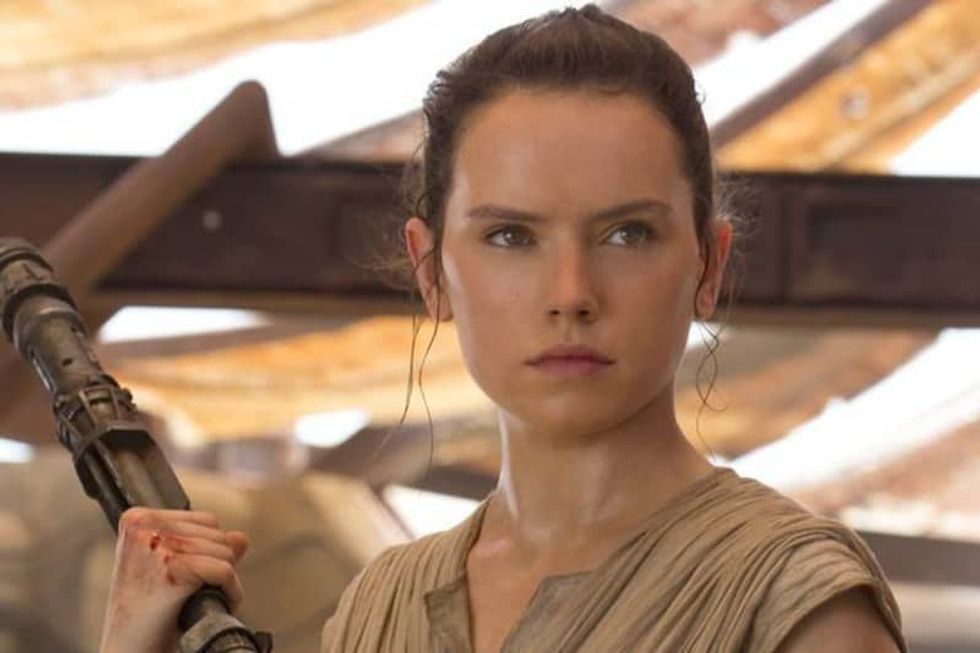 The Rise of Skywalkerwasn't exactly an airtight movie. There are more holes in this plot than a slice of Bantha milkswiss cheese, but an upcoming Star Wars comic could solve one of them — even if it's one of the few mysteries that didn't need solving.Forget Palpatine's unexplained return, how any of the Snoke stuffmakes sense, or the mystery of Luke's lost lightsaber, Star Wars#6 may instead reveal how Rey got that yellow lightsaber at the end of The Rise of Skywalker. Cover art for the upcoming comic, which takes place shortly after Episode V: The Empire Strikes Back, debuted on Tuesday on th...

WASHINGTON — Conservative Republicans gathered outside the U.S. Capitol on Tuesday to commit to bringing legislation to the floor that would make it a felony to perform gender-affirming care on transgender youth, should the GOP take control of the U.S. House following the November midterm elections.


“How on earth can this be happening in America? It’s hard to even understand,” said Georgia Republican Rep. Marjorie Taylor Greene, the main sponsor of the bill, referring to gender-affirming medical treatments sometimes used by transgender and nonbinary people, including minors.

Following the lawsuit filed in New York state Wednesday against former President Donald Trump, political analysts from across the aisle weighed in on what would happen to the former president, as his legal troubles continue to build.

One such person was Maggie Haberman, a White House correspondent for the New York Times. Haberman has covered Trump extensively throughout his rise in politics, presidency, and post-presidency.

New York Times reporter Susanne Craig was anonymously mailed Donald Trump's tax information during the 2016 election after the candidate pledged that after he was audited he would turn over everything. Trump never turned over anything and it was only thanks to years of lawsuits that even the House Oversight Committee was finally able to see the information. She has become among the go-to people when it comes to investigating the finances of Trump and his businesses.

Speaking to MSNBC on a panel of reporters and experts about the New York attorney general's announcement Wednesday, Craig explained that the piece of AG Letitia James' investigation that will be difficult for Trump to explain is his appraiser.