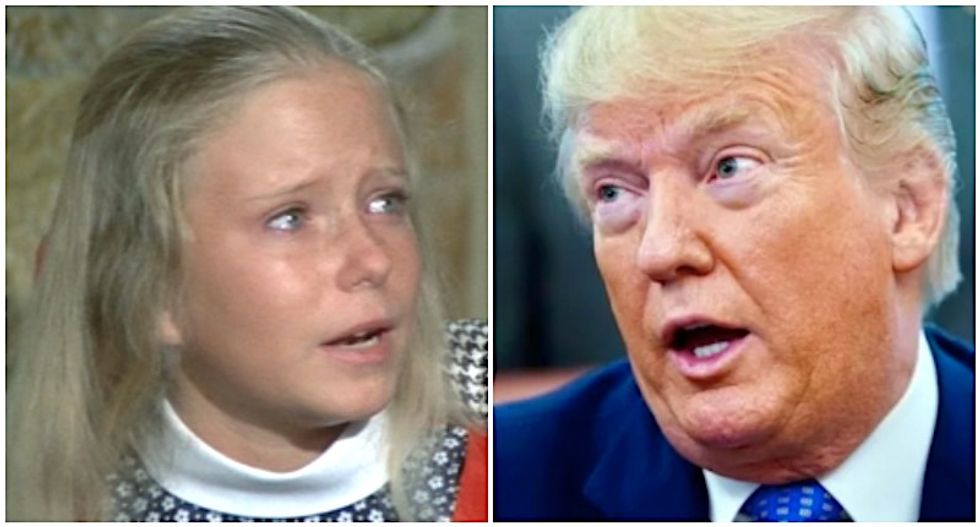 President Donald Trump kept fanning the flames of outrage over delayed results from the Iowa caucus.

The state's Democratic Party has been unable to identify a winner due to difficulties in tabulating and transmitting precinct tallies, and the president has been lobbing attacks throughout Tuesday morning.

"When will the Democrats start blaming RUSSIA, RUSSIA, RUSSIA, instead of their own incompetence for the voting disaster that just happened in the Great State of Iowa?" Trump tweeted, sounding a bit like middle sister Jan Brady from "The Brady Bunch."