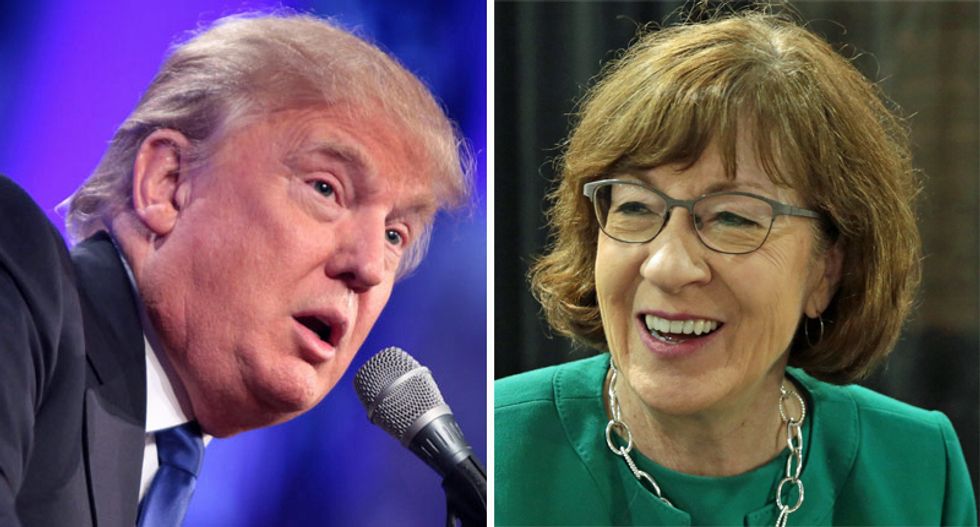 Sen. Susan Collins (R-ME) announced that she realized she never should have said President Donald Trump learned his lesson. In a Fox News appearance, she tried to change it saying that she hopes he'll behave more responsibly in the future.

Trump told a room full of reporters that he didn't agree, and that he had done nothing wrong. “It was a perfect call."

“The call was wrong. Parts of the call were fine,” said Collins. Adding he “should not” have asked for the Ukraine government to investigate a political opponent. “He should not have done that. And I hope he would not do it again."

Some on Twitter wondered if the experience had helped Collins learn her lesson on Trump.

I hope Susan Collins learns her lesson when she is voted out of office. https://t.co/cDwGucRoJ8
— Amee Vanderpool (@Amee Vanderpool)1580949538.0

My apologies to you @SenatorCollins. You were so very right. He has learned his lesson. Phew. Good call there. https://t.co/Nty5KurS9A
— Jennifer Taub (@Jennifer Taub)1580948876.0