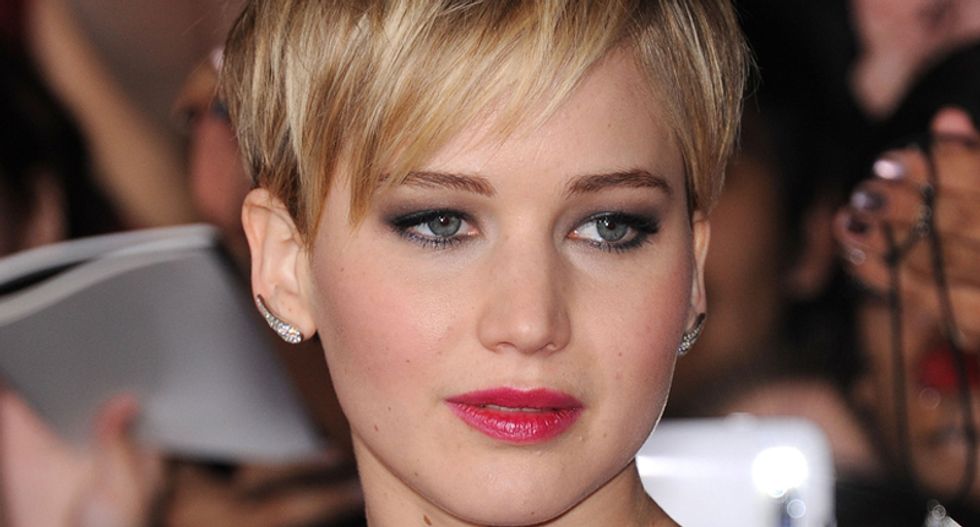 Jennifer Lawrence arrives to the "The Hunger Games on Shutterstock
What I realized about the rampaging sexism in Hollywood, as many other women have realized before and after me, in one vertiginous jolt, was that the entire industry knows exactly what's going on and almost nobody is genuinely interested in lifting a finger to do anything about it. How can this be? Surely there are good people in Hollywood who want to do the right thing.
In my opinion, the root of this chronic inaction is that the entire system of Hollywood operates on an intense caste system of Inside and Outside. It works like this:

At any Hollywood gathering whatsoever—be it a premiere, a networking event, somebody's birthday party, a business meeting—there is a clear status delineation between those who are Inside versus those who are Outside. For instance, if you are Outside, you might be invited to the premiere of a film—maybe you played a bit part in it or are friends with the writer—but you will not be invited to the after-party. Indeed, you will not be aware that there is an after-party until a terribly awkward moment midway through the evening when someone on the Inside says, "Are you going to the after-party?" At which point, you will attempt to recover quickly enough to either mutter vaguely, "Nah, I don't think so," as if you really couldn't care one way or the other. Or better, if you can think quickly enough, "No, I can't. I've got to get to another event across town by eleven."

The question of whether or not you are Inside is amorphous and situation-dependent. An actress who is the star of a relatively successful TV show might be very much Inside at a Screen Actors Guild event filled with less-successful actors—she would be shuttled through the evening surrounded by self-satisfied-looking handlers whose full-time job is to ensure that no "lesser" actor dare approach her. But that same actress would be firmly Outside if she somehow wrangled an invitation to the Oscars. There, it would be she who would spend the evening trying heroically to pretend that it didn't matter that she'd been placed in a seat located only just outside the coatroom.

Inside/Outside has jack squat to do with talent. It also generally has very little to do with personal kindness, integrity, or other human qualities that might be valued in more normal social situations. It has 100 percent to do with status—as alchemically defined by how convincingly you give off the aura of someone who doesn't give a shit about anything and doesn't need to + a total absence of expressed need for anything + how many other people in the room are covertly whispering to each other about how big a deal you are or are about to become + (in higher-tier situations) precisely how many Oscar/Emmy/Golden Globe nominations/wins you have had – the number of years since you most recently won one.

It generally takes about five minutes of being in a room to work out whether you are Inside or Outside, primarily because a fantastic amount of energy is spent collectively by the film industry in making those who are Outside understand that they are most definitely not Inside. The Inside/Outside game is addictively seductive for the reason that the game feels horrible until the second you are Inside, at which point it suddenly feels amaaaazzing and you yourself become energetically and cultishly engaged with maintaining the walls that now keep you Inside (because you've been Outside and, comparatively, it's terrible).

The whole thing is a sillier and more demented version of high school social politics, but the stakes are very, very real. People who are Inside will find themselves getting hired, finding funding for their films, receiving awards, and getting invited to the right parties, where they will meet the right A-list talent to star in their projects and turn their indie film into Oscar bait, while people who are Outside will quite simply not have careers in Hollywood.

As a result, nearly every single person (with the possible exception of Frances McDormand) who has made it Inside, irrespective of their achievements or number of Oscars, is terrified—and I do mean mortally terrified—of getting thrown Outside.

That terror sits at the heart of and explains most of the decision-making that goes on in Hollywood, and it most definitely explains at least part of the collective lack of individual willpower to speak out against or take action to change the status quo. Because everyone knows—and if you don't know, you will be quickly informed, as I was—that Inside people are the type of people who will giggle and waggle their head and gush gratefully about the amazing opportunities they are receiving, and only Outside People would talk about dreary, irritating things like systemic oppression. I asked Denise Di Novi, famed producer of "Heathers" and "Ed Wood," whether she, embedded deeply in the belly of Hollywood, knew that it was dangerous to speak openly about sexism in the film industry even in the 2010s. "Oh, yes!" she immediately replied. "You were seen as a whiner—complainer—if you spoke out about that. The universal attitude was 'It's just the way it is. Get tough.'"

Once I began to understand this dynamic, it dawned on me that, although by the mid-2010s, we were starting to hear A-list actresses speak out about these issues, it tended to be almost exclusively during award acceptance speeches. You could argue that maybe that is because those are the moments when actresses have the biggest national audiences and when such statements would have the widest impact—which is certainly true. But you can't ignore the fact that those are also the moments when actresses are the least vulnerable to being thrown Outside.

The vast majority of women in the most powerful positions in Hollywood said—and still say—nothing at all.

It's not really fair for me, sitting in my crappy basement apartment in Brooklyn, to say to them, "Where were you?" and, "Why didn't you do more?" From my ever-so-brief peek at the Inside, I can imagine what these A-list actresses have to lose. But if I'm being honest, their silence or declawed protests also felt like absolute horseshit. 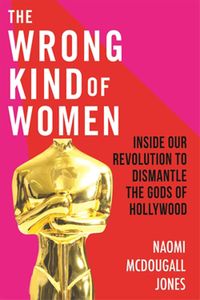 Excerpted from "The Wrong Kind of Women: Inside Our Revolution to Dismantle the Gods of Hollywood" by Naomi McDougall Jones. Copyright 2020. Excerpted with permission by Beacon Press.