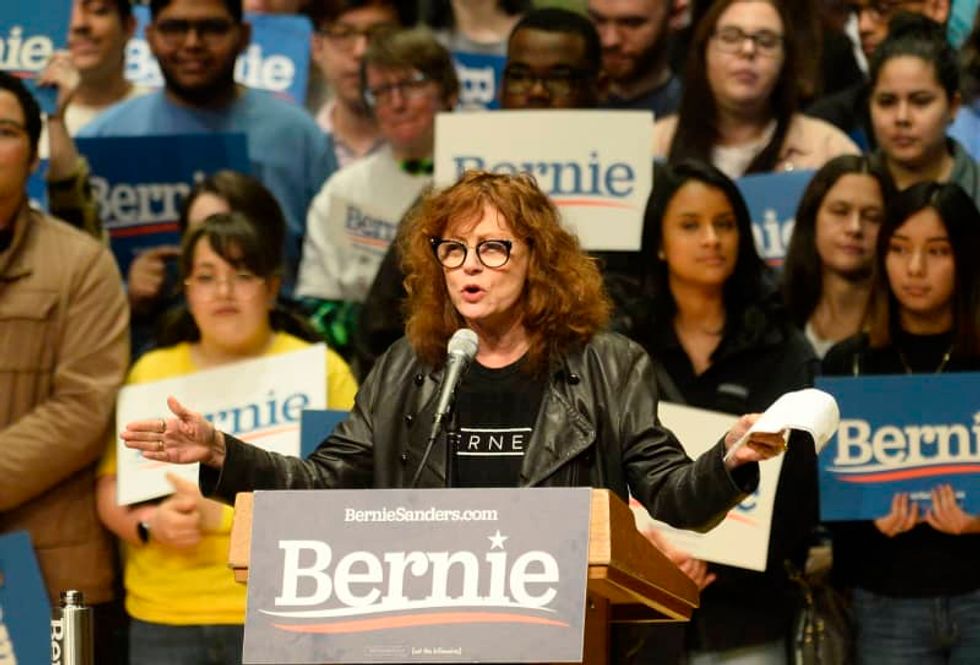 A group of protesters blew their tops — literally — as Sen. Bernie Sanders was campaigning in Carson City, Nev., on Sunday.The Democratic presidential hopeful had just finished introducing his wife Jane O’Meara Sanders as “the next First Lady” when a woman walked up to the mic and started rambling about subsidies for the dairy industry, video posted to social media showed.“Bernie, I’m your biggest supporter and I’m here to ask you to stop propping up the dairy industry and to stop propping up animal agriculture. I believe in you,” she exclaimed before the sound was cut.Two topless kindred spir...

David Bowie's original handwritten lyrics for the pop classic "Starman", part of an album that catapulted him to international stardom, on Tuesday sold at auction in Britain for £203,500.

Released as a single in 1972, the song about a Starman who would "like to come and meet us but he thinks he'd blow our minds" featured on the Ziggy Stardust concept album.

Iran police vow to confront Mahsa Amini protests with 'all might'

Iran's police warned Wednesday they will confront "with all their might" women-led protests that erupted nearly two weeks ago over the death of Mahsa Amini in custody, despite growing calls for restraint.

Dozens of people have been killed since demonstrations erupted when the 22-year-old Kurdish woman died after being arrested in Tehran for allegedly breaching the Islamic republic's strict rules on hijab headscarves and modest clothing.

GOP candidates dumping mentions of Trump from their websites as his troubles grow: report

According to a report from the Daily Beast, there is a correlation between Donald Trump's increasing legal problems and Republican Party candidates who will be on the ballot in November who are stripping all mention of him from their campaign websites as the election draws near.

With Trump facing multiple criminal investigations and lawsuits in New York and Georgia, an intensive investigation by the Department of Justice and renewed hearings by the House select committee looking into the Jan 6 insurrection, candidate website mentions of Trump or "Make American Great Again" are disappearing at a rapid rate.