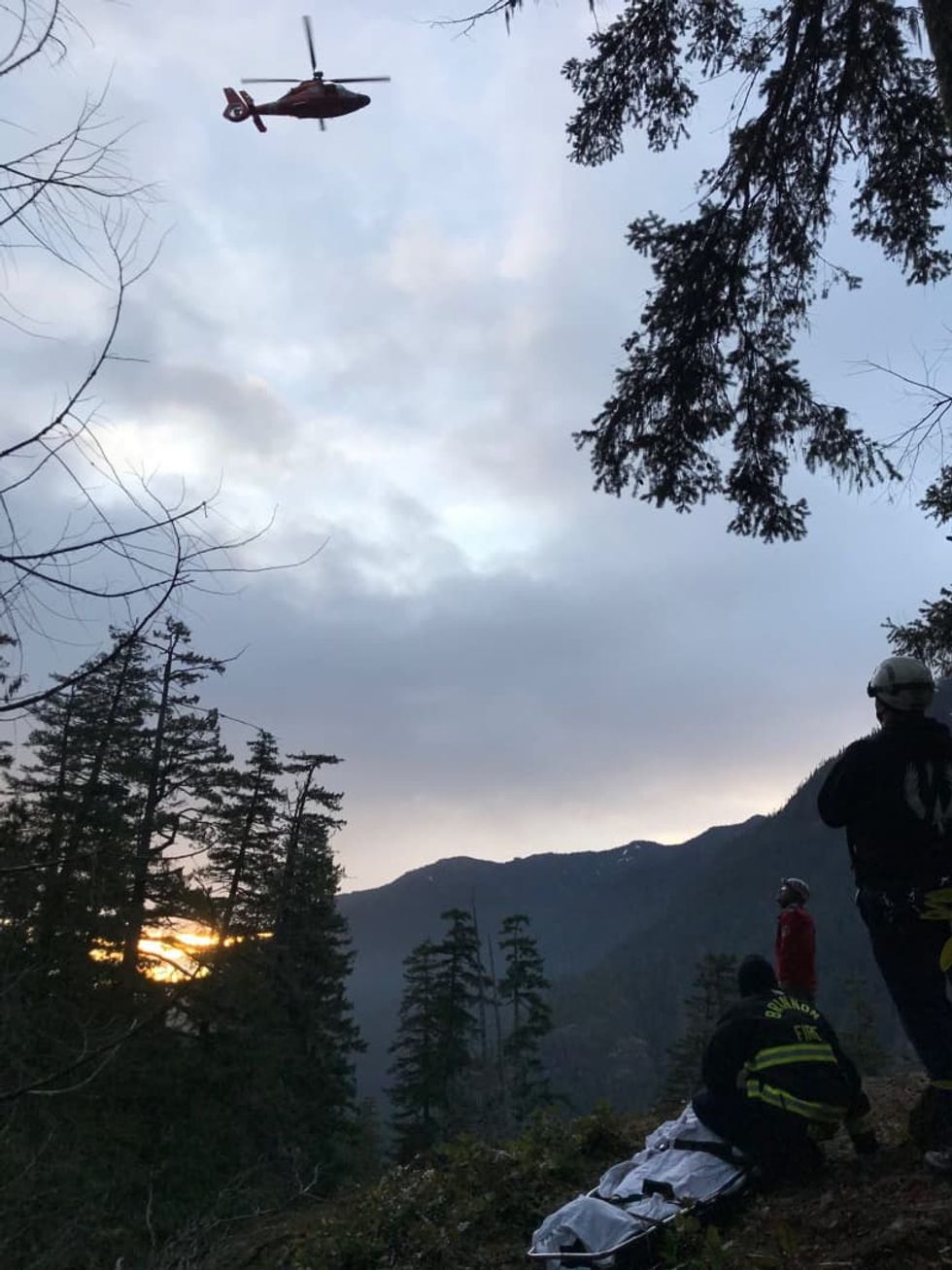 SEATTLE — A long-distance trail runner who broke his leg while traversing a remote Olympic Peninsula trail crawled toward help for 10 hours on increasingly torn-up knees.From a bed at Harborview Medical Center in Seattle, Joseph Oldendorf told KIRO 7 he crawled for nearly seven hours in below-freezing temperatures to get to a place where his cellphone had service and then crawled several more hours until rescuers arrived.“I had to crawl on all fours, and my knees — it’s a rocky, snowy, dirty, wet trail, and after a while, my knees were just raw,” Oldendorf, 26, told the television station. “So...