Trump admin officials terrified their careers will be ruined by 'vindictive' president if they report anything unethical: report 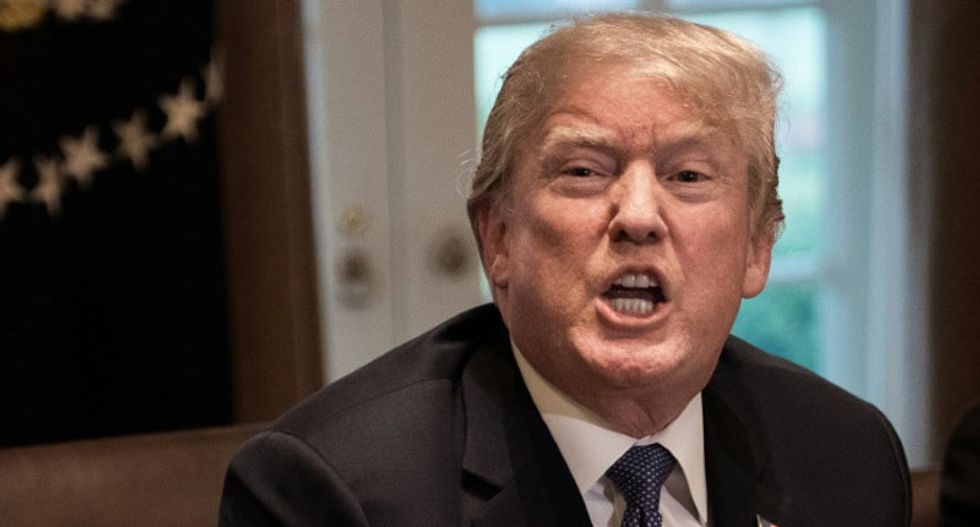 Calling the atmosphere at the White House Pentagon and State Department "not just chilling but frightening," career government workers now feel they will quickly have their careers ruined by Donald Trump if they so much as report any unethical or illegal acts within the administration.

According to a report from the Washington Post, the president's recent acquittal by the Republican-controlled Senate on impeachment charges -- and subsequent firing of witnesses who testified against him during the House impeachment hearings -- has longtime government workers keeping their heads down and afraid to report any problems that they see.

With Sen. Jack Reed (D-RI) telling the press, Trump’s “personal insecurities and vindictiveness are making our nation less secure,” before adding, that the president "won’t tolerate people who tell the truth” government workers agreed that Trump has served notice to all of them.

"White House aides had sought to frame the Vindman brothers’ ousting as part of a broader downsizing of the NSC that has been taking place for more than a year. National security adviser Robert O’Brien has said he intends to pare the agency from a peak of more than 200 staff members, many of whom are career officials detailed from the Pentagon, State Department and other agencies, to about 100, mostly through attrition," the report states. "But the actions against the Vindman brothers and Sondland, just a day after the president marked his acquittal with an angry speech in the White House’s East Room, led Trump’s critics to dub it the 'Friday night massacre' — a replay of the 'Saturday night massacre' when President Richard Nixon forced out several senior Justice Department officials during the Watergate scandal in 1973."

According to Fernando Cutz, a former senior adviser to ousted national security adviser H.R. McMaster, the message from the president has been clearly received.

“Every career official will tell you it’s not just chilling but frightening,” Cutz explained. “You’re seeing things happen in an unprecedented way that even Nixon didn’t do. . . . The broader message to career officials is that you can’t speak up. Even if you see something illegal, something unethical, you can’t speak up. That’s the message the president wants to send.”

Cutz noted that Vindman had already been "sidelined" since his testimony implicated the president in a quid pro quo scheme with Ukraine's leaders.

“He hasn’t been playing a key role. He had not been in the room” Cutz volunteered, while also adding that Vindman's brother, Yevgeny, was also iced out by NSC officials on orders from the White House prior to his ouster on the same day.