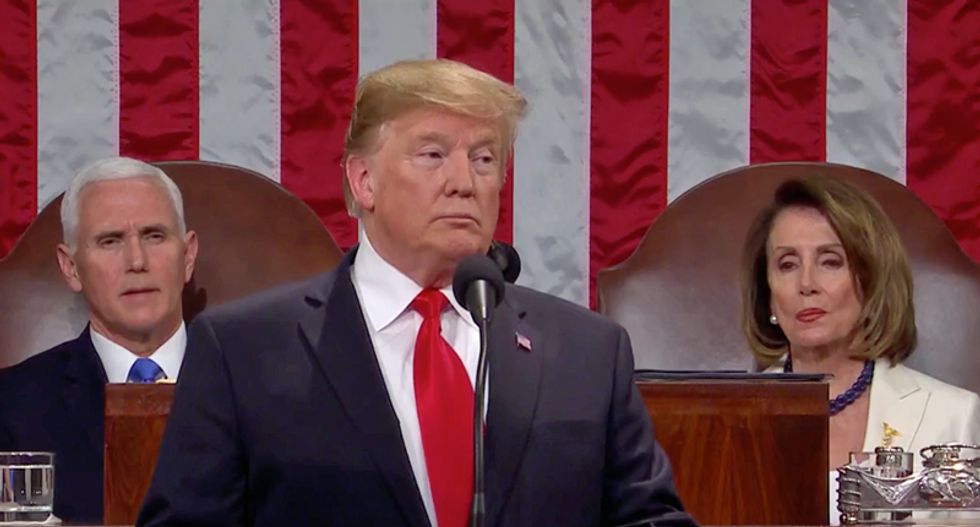 Straight up boos in the chamber now as Trump continues to attack economic policies of the Obama administration. All… https://t.co/nN17gvrMz3
— Leo Shane III (@Leo Shane III)1580869021.0

Audible and consistent groans and boos from the Democratic side.
— Jake Sherman (@Jake Sherman)1580868864.0

While many economic indicators have increased under Trump, most have just been continuations of trends that began in the Obama era.

Trump also bragged about how many people had been eliminated from food stamp rolls, conveniently omitting that at least some of the 7 million person decline is due to his decision to tighten eligibility restrictions, rather than people being lifted from poverty.