Trump has terrifying new plans after the impeachment trial: columnist 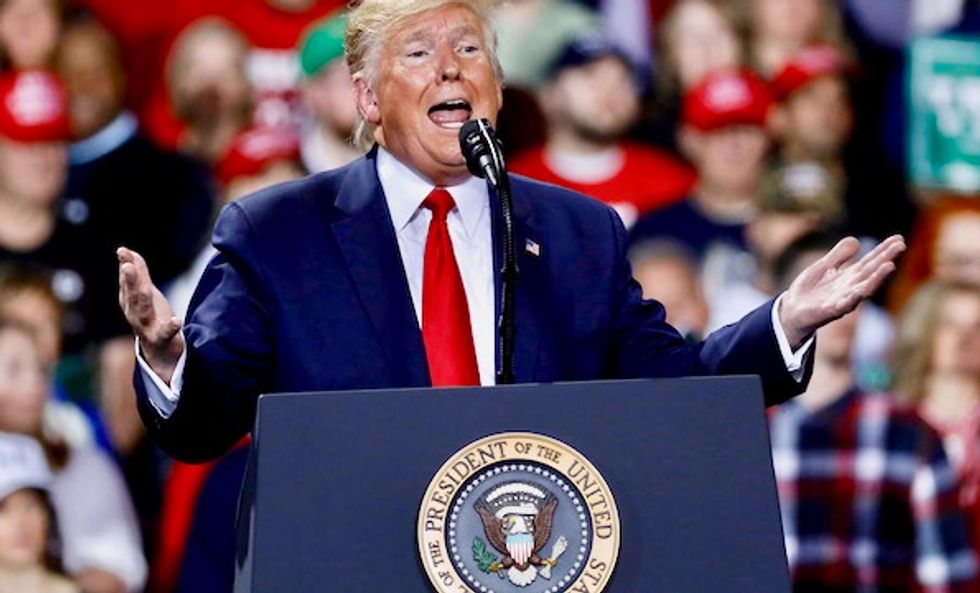 One of the big impacts of President Donald Trump's upcoming acquittal by Senate Republicans, wrote Greg Sargent for the Washington Post on Tuesday, is that Trump and his inner circle will be freshly emboldened to commit more abuse of power.

"Republicans have been running ads in Iowa that echo the fabricated narrative of Biden corruption in Ukraine. Trump’s lawyer Rudolph Giuliani has been meeting with former Ukrainian officials to further validate that narrative," wrote Sargent. "And Trump’s attorney general, William Barr, is still pursuing a 'review' of the origins of the Russia investigation that appear designed to discredit that investigation — and its conclusion that Russia sabotaged the 2016 election to help Trump — just as Trump wants."

"What this all means is that post-acquittal, Trump will simply keep up his smearing of Biden with disinformation, including with 'evidence' fabricated by Giuliani with the help of foreign officials, as well as his ongoing whitewashing of Russia’s 2016 attack on our political system," continued Sargent.

But, he wrote, there are several things Democrats can and should do if they want to combat this wave of post-impeachment misbehavior.

Second, Democrats should call indicated Giuliani associate Lev Parnas. "Parnas’s lawyer has indicated he is prepared to testify in detail about the whole scheme, including the role played in it by Trump and Giuliani, and other players such as Barr and Secretary of State Mike Pompeo," wrote Sargent. "To repeat, this scheme is ongoing as we speak. Trump’s propaganda network will continue to bombard voters with disinformation about fake Biden corruption and invented Ukrainian 2016 electoral sabotage. House Democrats need to keep the focus on this disinformation’s corrupt origins."

Third, Democrats should investigate Barr. "Given Barr’s role in helping Trump whitewash Russia’s attack on our democracy, one cannot rule out at least the possibility of Barr somehow using the Justice Department against one or more Trump foes in some form, perhaps to lend validity to Trump’s narratives," Sargent wrote. "What exactly is Barr doing with his 'review' of the Russia probe? Has Trump ever tried to instruct him to prosecute one or more of these enemies? Democrats should try to grill Barr on these matters."

"Administration officials will resist any and all efforts at such oversight," concluded Sargent. "But Democrats must try and, if necessary, go to court. Protecting the country demands no less."