Trump’s new intel chief could have legal liability for failing to register as a foreign agent: report 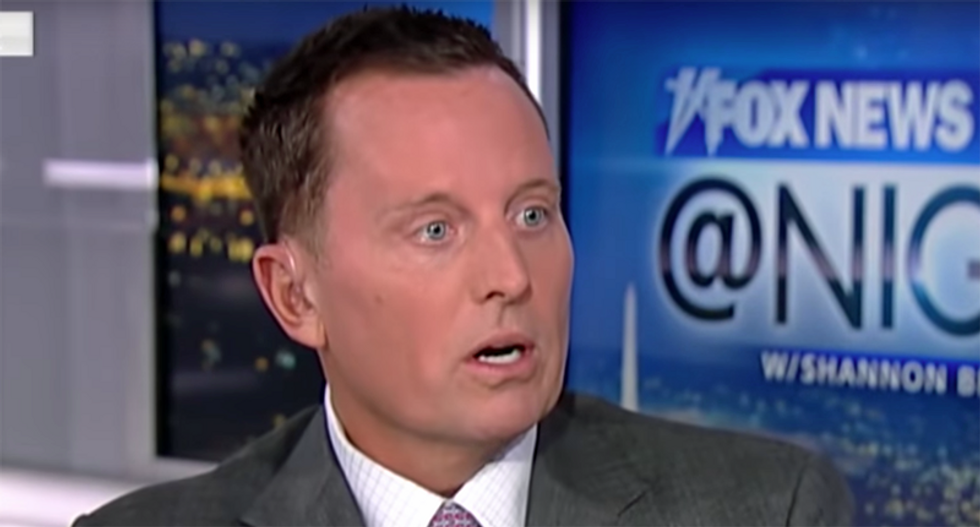 The Department of Justice could investigate whether Ambassador Richard Grenell should have registered as a foreign agent for work he did for the Hungarian government, according to a new report inThe Washington Post.

The newspaper reported, "Grenell’s public relations firm was paid to do work for a U.S. nonprofit funded almost entirely by the Hungarian government led by far-right Prime Minister Viktor Orban."

President Donald Trump has announced Grenell will be acting Director of National Intelligence.

"Now that promotion is drawing fresh scrutiny to Grenell’s past, including his foreign affairs commentary and consulting work after he served as U.S. spokesman at the United Nations during the George W. Bush administration. His work for the Hungarian-funded nonprofit is the type of activity that, in other cases, has drawn the attention of Justice Department investigators tasked with enforcing the Foreign Agents Registration Act (FARA), according to two lawyers who specialize in that law," The Post explained. "There is no indication that the Justice Department is looking into Grenell’s activities."

"The law requires people who advocate in the United States on behalf of a foreign power to register and disclose their activities. Grenell did not register, records show," the paper noted. "Grenell’s firm, Capitol Media Partners, worked for a range of clients, according to Grenell’s public financial disclosures, including law firms, advocacy organizations on anti-tax and gun rights issues, energy companies and celebrities including Kate del Castillo, an actress perhaps best known as the ex-girlfriend of Joaquin 'El Chapo' Guzman, the drug kingpin. Grenell also represented people based in countries such as Iran, Kazakhstan, Somalia and China, according to an archived version of his personal website."