'Um -- he threatened to kill a dog': Twitter reacts to Roger Stone's trial judge mentioning that he 'rescued countless dogs' 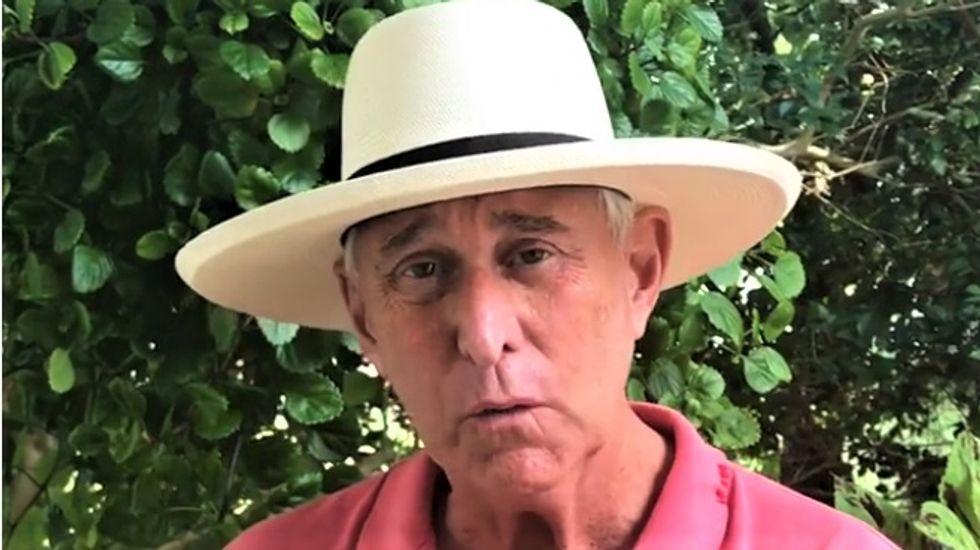 As observers anxiously awaited news on the sentencing of longtime Trump confidant Roger Stone, reporters have been tweeting live updates on the developments in the courtroom, one of whom was Daily Beast reporter Betsy Woodruff Swan.

The claim of the Stone's affinity for dogs prompted one Twitter user to point out that Stone apparently hasn't always applied that affinity evenly.

The tweet is in reference to a news story from last year that detailed a portion of Stone's indictment, alleging that he once threatened to kidnap a former associate's therapy dog after accusing him of being a "rat" and a "stoolie."

@woodruffbets Who the hell cares? He BROKE THE LAW. He interfered in a presidential election, the foundation of our democracy. What a reach.
— Fran (@Fran)1582218591.0

According to reports, Stone was sentenced this Thursday to 3.5 years in prison.