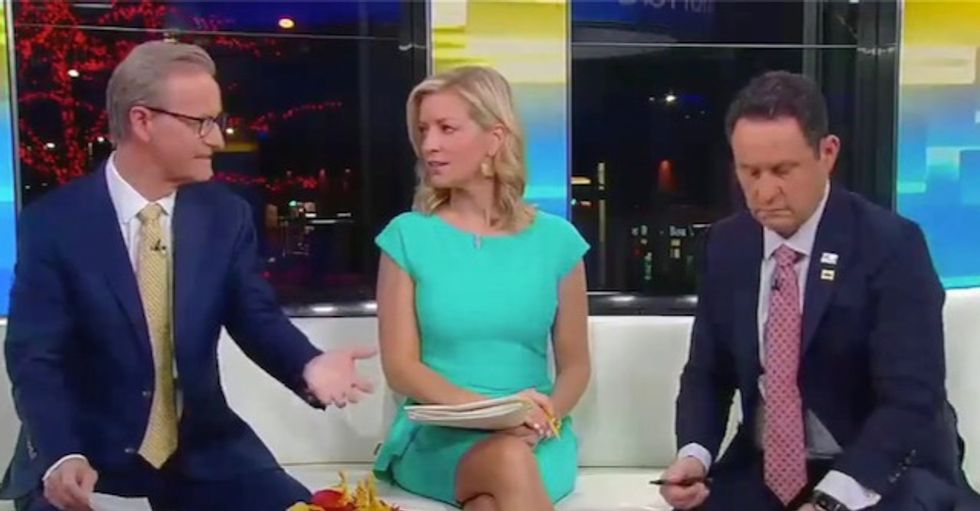 "You represented the Great State of Kansas," Trump said, "so very well." 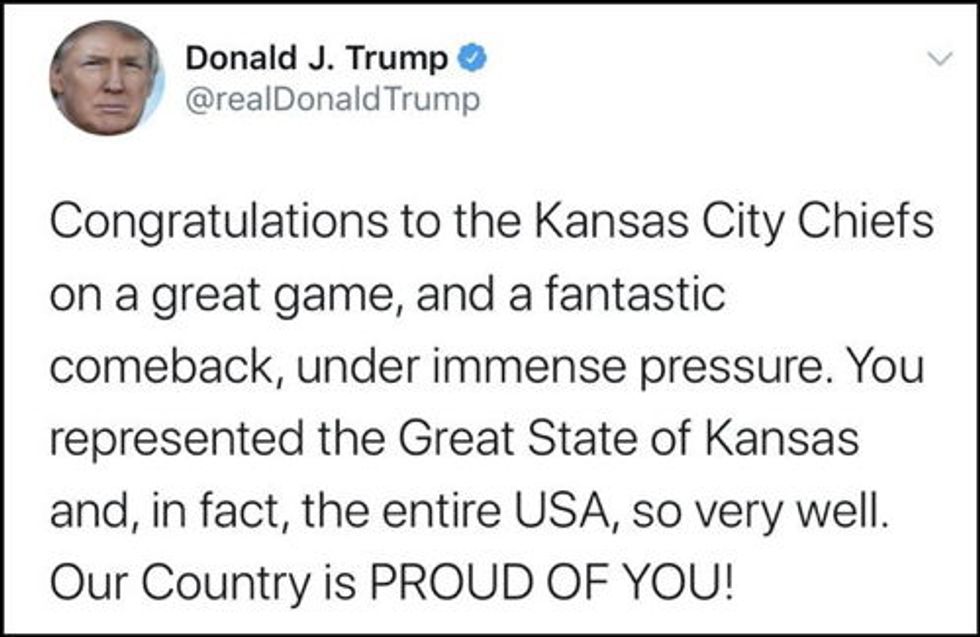 The Fox News morning crew agreed, despite the confines of geography and cartography.

"Kansas City is in Kansas and it is also in Missouri," co-host Steve Doocy told Fox News viewers – glossing over that Trump specifically – and falsely – said the Kansas city Chiefs "represented the Great State of Kansas."

"It's like the difference between the New York Giants, I mean the Giants are – people call them the NY Giants but they're in New Jersey," Doocy concluded, except it's nothing like that at all.