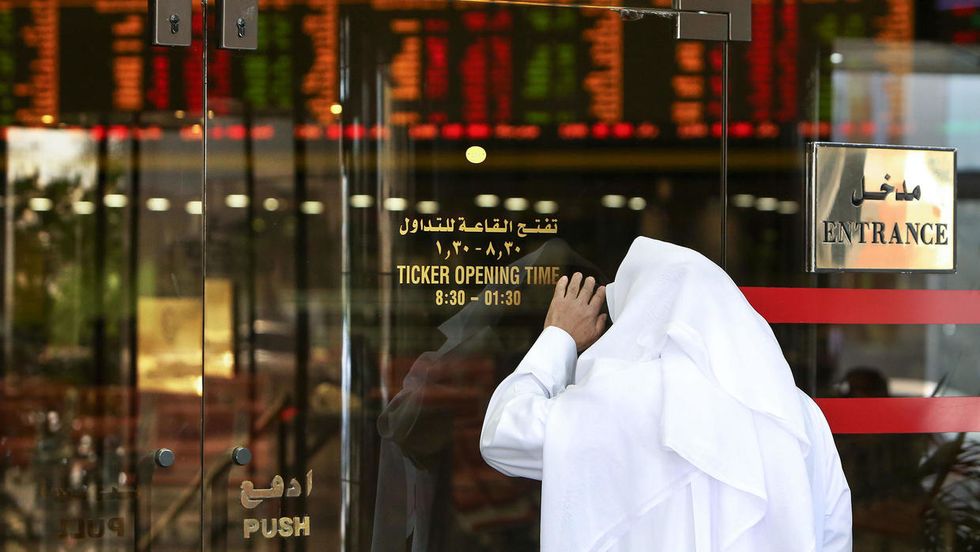 A rally in equities and oil ran out of steam Wednesday as the deadly coronavirus outbreak continues its rapid global spread and investors nervously await a US relief plan.

Markets showed signs of some much-needed stability at the start of trade following two days of wild gyrations, thanks to a pledge by US President Donald Trump to unveil measures to counter the effects of the disease on the world's biggest economy and key driver of global growth.

US markets had ended around five percent higher on Tuesday after suffering their worst day since the 2008 meltdown and tracking a strong bounce across Asia.

Safe-haven assets including the yen retreated, while yields on US Treasuries, which hit a record low on Monday, rose.

But after showing some early promise, nerves set in and Asian shares fell into the red, while the yen resumed its gains against the dollar.

Sydney sank 3.6 percent, putting it into a bear market -- a drop of at least 20 percent from a recent high -- just two weeks after hitting a record. The index has several firms that rely on trade with China, while energy stocks have also been hammered by the oil rout.

Singapore and Taipei each lost at least one percent. Bangkok, Wellington and Jakarta were also lower, though Manila and Mumbai eked out small gains.

Trump promised "major" economic measures to combat the impact on the US economy and held talks with Republican lawmakers, with an eye on a cut in payroll taxes as well as help for airlines, the cruise industry and small businesses.

The announcement from the president came as other governments pledge to act against the outbreak.

Italy's leadership, which has put the entire country in quarantine, is eyeing a $16 billion package, while Japan has unveiled a multi-billion-dollar emergency package. Australia and Canada are expected to unveil measures in the coming days, while the Bank of England slashed interest rates Wednesday, hours before the government announces a closely watched budget.

"Expectations for a 'major' fiscal stimulus package by the US government have underpinned sentiment -- even if the volatility suggests the market still needs a bit of coaxing," said AxiCorp's Stephen Innes.

"Indeed, investors were in desperate need of leadership from policymakers. Central banks can do their bit, but in times of viral cataclysm, it's governments that must be seen as in charge of the proceedings... Trump's actions evidenced how little it takes for markets to respond favourably."

But the White House has yet to produce any concrete plans and observers warned about a possible sell-off should investors be left feeling short-changed.

"Having decided President Trump will save the world... financial markets could be setting themselves up for a severe disappointment should the promised fiscal goodies get bogged down on Capitol Hill," said OANDA's Jeffrey Halley in a note.

While leaders gear up to fight COVID-19, the disease continues to wreak havoc across the planet, killing more than 4,000 people and leaving close to 120,000 infected.

Crude prices edged up for a second day on policy response hopes but were well off the gains of close to five percent seen in initial business.

The commodity crashed by a third Monday in its worst day since the 1991 Gulf War after Saudi Arabia cut crude prices in a production row with Russia, sparking fears of a war for market share.

On Wednesday, Saudi officials said output would be ramped up by one million barrels a day.

Crude had already been under pressure owing to worries about the impact on demand from the virus.

Support for oil also came from comments by Russian Energy Minister Alexander Novak, who told state-run TV channel Rossiya24 that Moscow was open to cooperation with Riyadh and OPEC to address the price crisis, saying: "I want to say the doors aren't closed."

Analysts also said that signs of life returning to China's Hubei province -- the centre of the outbreak -- after weeks of quarantine were also helping the beleaguered crude market.

Provincial officials said some firms in Wuhan were allowed to return to work, including those key to "global industrial chains".

Passenger flights, trains, cars, ships and city buses in middle- and low-risk areas -- moving within the province and excluding Wuhan city -- will "gradually resume operations" as well, they said, without giving any timeframe.