‘Come on, Donald!’ MSNBC’s Morning Joe begs Trump to understand virus might kill his own voters 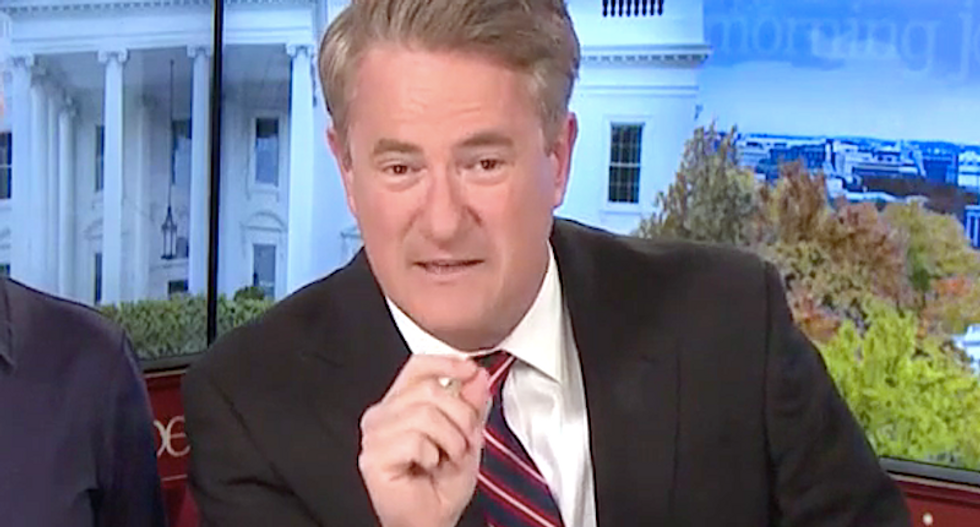 MSNBC's Joe Scarborough on Thursday made a last-ditch effort to get President Donald Trump to take coronavirus seriously by reminding him that the disease puts the president's own voters' lives in danger.

In reacting to the president spending his morning tweeting out attacks on House Speaker Nancy Pelosi (D-CA) that he heard from "Fox & Friends," Scarborough begged Trump to understand the stakes of the pandemic.

"Come on, Donald," he wrote on Twitter. "We are past this. Political day trading will not work economically, politically, or medically. Rise to the moment. Millions of seniors’ lives from Florida to Arizona depend on it."

"Donald Trump is awake and tweeting unrelated political attacks, including retweeting stuff from late February/early March about illegal immigrants & Chuck Schumer," he wrote. "It's an insane tragedy that when the world needs leadership to stop mass casualties, we are stuck with this lunacy."

Come on, Donald. We are past this. Political day trading will not work economically, politically, or medically. Ris… https://t.co/rl53gjmXAJ
— Joe Scarborough (@Joe Scarborough)1584009877.0