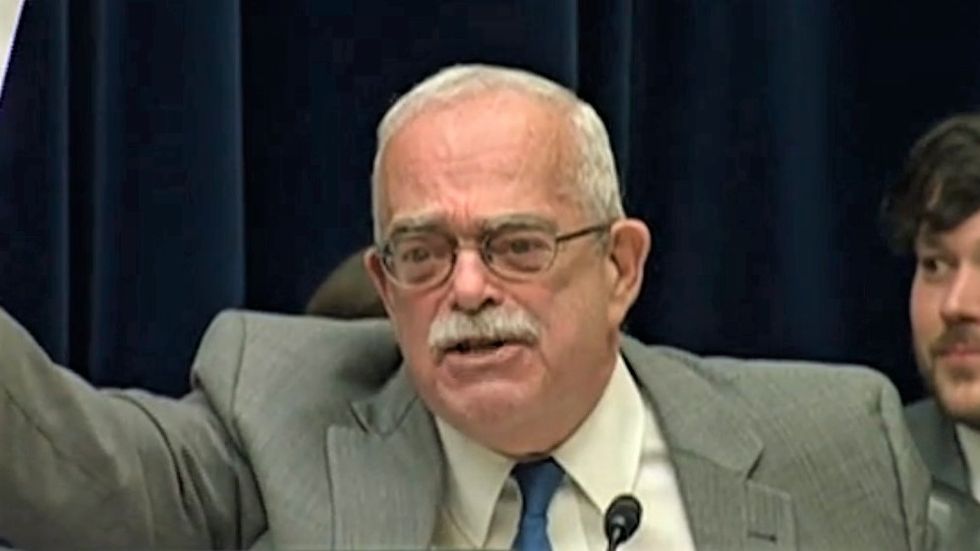 During a House Oversight Committee hearing on the virus, Connolly slammed his Republican colleagues who accused Democrats of using the pandemic as an excuse to attack the president.

"We aren't the ones that called the alarm being raised about this pandemic as 'Fake News!'" he thundered. "That came out of the president of the United States' mouth, and no gaslighting is going to hide that!"

Connolly then shamed the president for not even being able to visit the Centers for Disease Control without turning it into a campaign event.

"When the president of the United States finally did go down to CDC... he appeared wearing this hat, a campaign hat in the middle of a crisis!" he said, referring to Trump's "Keep America Great" hat. "We will not be lectured about politicization, and all of your words and sanctimony will not cover up the fact that this administration was not prepared for this crisis -- and it put lives at risk!"