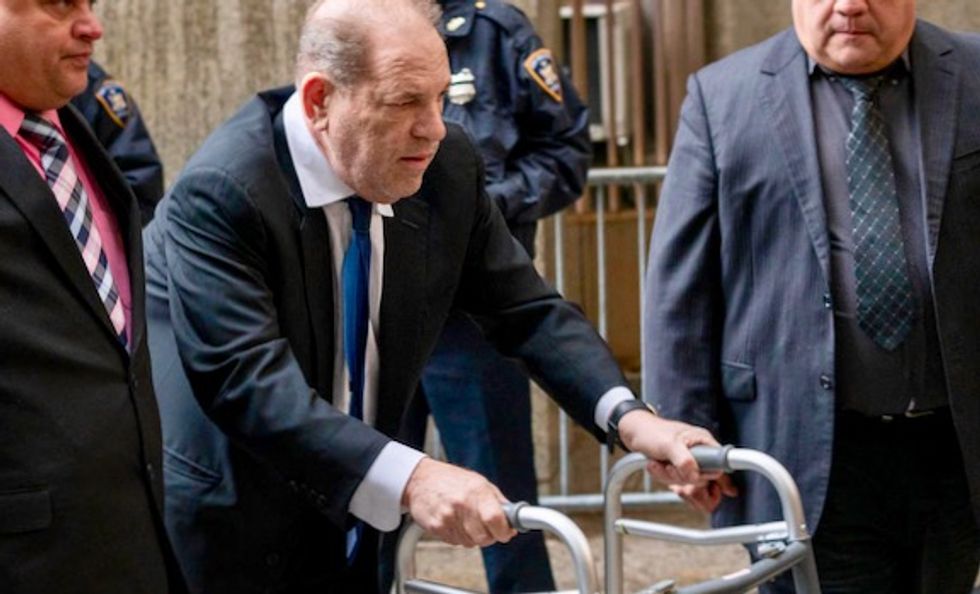 Harvey Weinstein faces up to 29 years in prison when he is sentenced by a New York judge Wednesday, two weeks after he was convicted of rape and sexual assault.

The ex-Hollywood titan will be taken from the notorious Rikers Island jail to the Manhattan criminal court to learn his fate at a hearing starting at 9:30 am (1330 GMT).

Weinstein was found guilty of a criminal sexual act in the first degree and rape in the third degree on February 24, in a verdict hailed by the #MeToo movement.

Seven men and five women convicted him of raping ex-actress Jessica Mann in 2013 and of forcibly performing oral sex on former production assistant Mimi Haleyi in 2006.

Mann, 34, and Haleyi, 42, are due to deliver impact statements in court.

Weinstein was cleared of the most serious charges of predatory sexual assault, as well as rape in the first degree, but will receive between five and 29 years behind bars.

Prosecutors called on Judge James Burke to issue a lengthy jail term, saying Weinstein engaged in a "lifetime of abuse" and had shown "a total lack of remorse" for his actions.

In a pre-sentencing letter, the prosecution asked Burke to consider 36 other sexual abuse and harassment allegations against Weinstein dating back to the 1970s that were not part of the trial.

"He has consistently advanced his own sordid desires and fixations over the well-being of others," lead prosecutor Joan Illuzzi-Orbon wrote.

"He has exhibited an attitude of superiority and complete lack of compassion for his fellow man."

In its own memo, Weinstein's team pleaded for the minimum sentence, suggesting Burke should take into account their client's achievements as a multiple-Oscar winner.

"His life story, his accomplishments, and struggles are simply remarkable and should not be disregarded in total because of the jury's verdict," the lawyers wrote.

They said anything longer than five years would mean a de facto life sentence for Weinstein who turns 68 next week.

The lawyers also cited the father-of-five's children, the youngest two of which are under ten years old.

Weinstein's counsel regularly clashed with Burke during the trial, even claiming at one point that he was biased against their client.

"My guess is that it's going to be a double-digit sentence," criminal lawyer Jeffrey Lichtman told AFP.

Weinstein, producer of "Pulp Fiction," did not testify during his high-profile trial and it is not known if he will address the judge on Wednesday.

On the eve of the hearing, New York media published previously unsealed court documents which showed that Weinstein appealed to billionaires Jeff Bezos and Michael Bloomberg for help as allegations against him snowballed in October 2017.

The reports added that when Weinstein heard, incorrectly, that "Friends" star Jennifer Aniston had accused him of groping her, he wrote to his representative: "Jen Aniston should be killed."

Following his conviction, Weinstein spent ten days in hospital where he had a stent inserted after complaining of chest pains.

He was transferred to the infamously violent Rikers, which once held Sid Vicious of the Sex Pistols and rapper Tupac Shakur, on Thursday to await sentencing.

Weinstein is expected to be incarcerated outside New York City and will likely later be taken to Los Angeles where he faces other sex crimes charges.