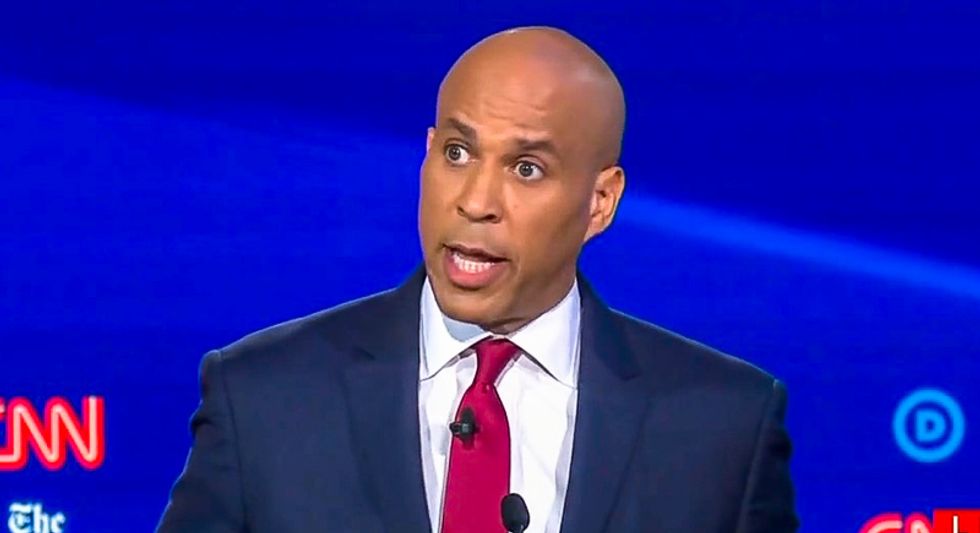 WASHINGTON— U.S. Sen. Cory Booker told the nation’s largest gathering of pro-Israel activists that their tradition demanded they support an independent Palestinian state alongside the Jewish one.Booker’s unambiguous support for the Jewish state brought participants at the American Israel Public Affairs Committee conference Monday to their feet, standing and cheering his calls for finally realizing Isaiah’s prophesy that swords would be beaten into plowshares and for Israel and the U.S. to be lights among all nations.He invoked Torah in calling for a two-state solution as the “only pathway to a...