Coronavirus outbreak stumps Trump as he continues to treat it like a partisan battle: columnist 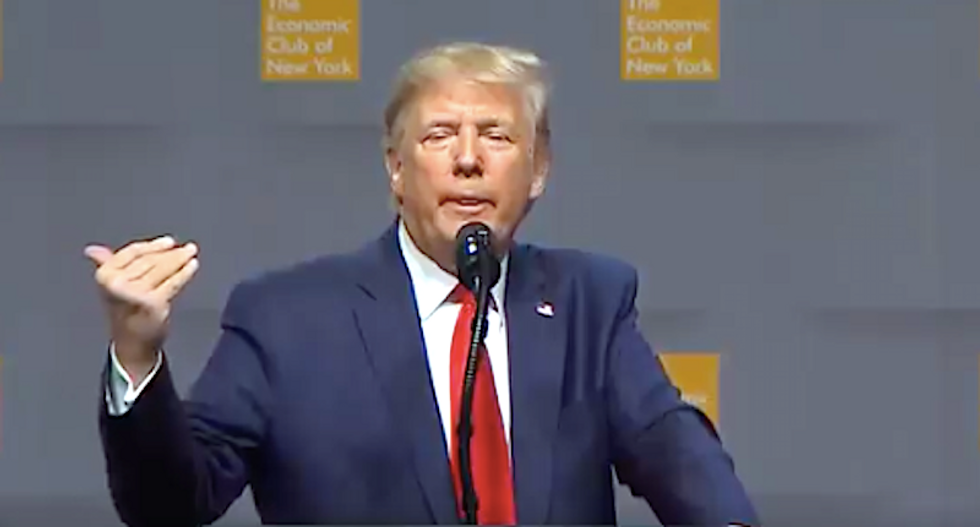 Writing in the New York Times this Monday, White House correspondent Peter Baker contends that Trump's unpreparedness for the coronavirus outbreak could have been avoided had he not shut down the U.S. pandemic response team in 2018 -- a move that's indicative of a president who "lives in the moment."

According to Baker, Trump is at his strongest politically when he has a "human target to attack." But an "invisible killer" presents to him a unique challenge. "He has treated the crisis as a partisan battle, wearing his red Keep America Great campaign cap to the C.D.C. and calling the governor presiding over the state with the highest death toll a 'snake,'" Baker writes. "He even admitted that he wanted to leave passengers stranded on a cruise ship rather than see statistics for the number of cases on American soil go up because it would look bad."

Trump has admitted that he's learning things on the fly as the coronavirus continues to wreak havoc, but nevertheless, he's still trying to paint a picture of himself as someone who's medically knowledgeable. “I like this stuff. I really get it,” he said at the C.D.C. on Friday. “People are surprised that I understand it. Every one of these doctors said, ‘How do you know so much about this?’ Maybe I have a natural ability. Maybe I should have done that instead of running for president.”

Trump has become such a polarizing figure that even when he's not necessarily wrong, many people still won't trust what he says, and as Baker points out, that's the worst kind of leadership to have in place in the midst of a global pandemic.

Read Baker's full op-ed over at The New York Times.