'Don't panic' says US woman who recovered from coronavirus 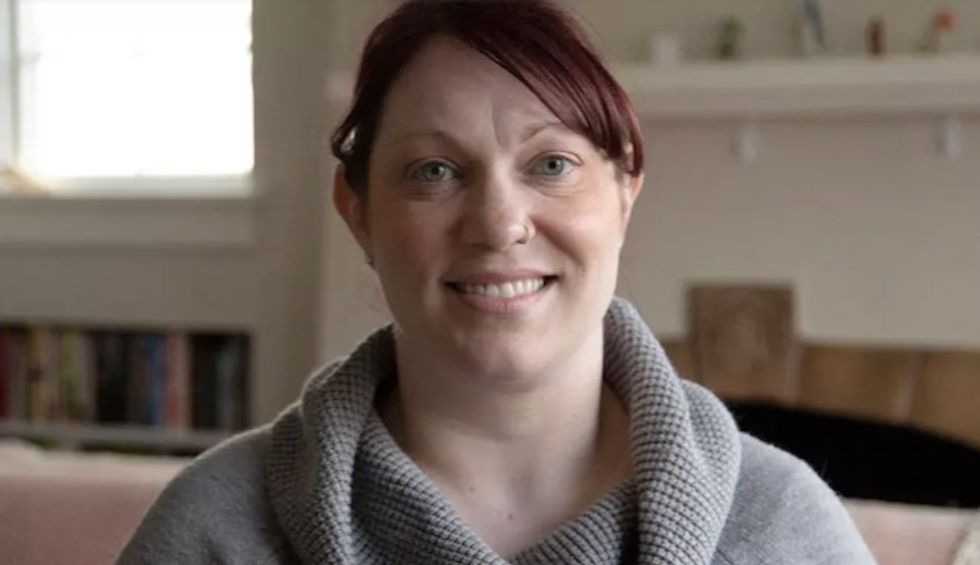 An American woman who has recovered from the novel coronavirus has a simple message for people who are worried: Don't panic -- but do think about high-risk individuals and stay home if you feel ill.

Elizabeth Schneider lives in Seattle, the biggest city of Washington state, which has the most deaths in the United States from the disease sweeping the globe.

The 37-year-old, who has a PhD in bioengineering, said she was sharing her story "to give people a little bit of hope" through her own relatively mild experience with the infection, which she treated herself from home.

But, she added, "obviously, it's not something to be completely nonchalant about, because there are a lot of people who are elderly or have underlying health conditions.

"That means that we need to be extra vigilant about staying home, isolating ourselves from others."

This week, US health authorities citing Chinese data said 80 percent of cases have been mild, while the remaining serious cases that required hospitalization affected mainly people over 60 and those with conditions like diabetes, heart disease or lung disease.

Schneider first began experiencing flu-like symptoms on February 25, three days after going to a party that was later identified as the place where at least five other people also got infected.

"I woke up and I was feeling tired, but it was nothing more than what you normally feel when you have to get up and go to work, and I had been very busy the previous weekend," she told AFP in an interview Wednesday.

By midday, however, she felt a headache coming on, along with a fever and body aches. She decided to leave the office of the biotechnology company where she works as a marketing manager, and went home.

After waking up from a nap, Schneider found she had a high temperature, which peaked at 103 degrees Fahrenheit that night (39.4 Celsius).

"And at that point, I started to shiver uncontrollably, and I was getting the chills and getting tingling in my extremities, so that was a little concerning," she said.

She turned to over-the-counter flu medications to treat the symptoms and called a friend to be on standby in case she needed to be taken to an emergency room -- but the fever began to recede in the coming days.

Schneider had been following news reports about the novel coronavirus. The first US case was detected in Washington in late January.

The state has since gone on to become the epicenter of the disease in the country, with more than 260 cases and at least two dozen deaths. Nationwide, there have been more than 1,100 cases and 30 deaths.

Because she didn't have the most common symptoms like a cough or shortness of breath, "I thought, okay, well that's definitely why I don't have coronavirus," said Schneider.

She had gotten a flu shot but assumed her illness was a different strain. A visit to the doctor would only result in her being asked to go home, rest and drink plenty of fluids.

A few days later, however, she discovered through a friend's Facebook post that several people from the party had all developed similar symptoms, and she began to get more suspicious.

Several of these people went to their doctors, where they were found to be negative for the flu, but they were not offered coronavirus tests because they too were not coughing or having breathing trouble.

Knowing that she would also likely be turned down for the test, she decided to enroll in a research program called the Seattle Flu Study, hoping it might provide an answer. The team behind the study sent her a nasal swab kit, which she mailed back and waited several more days.

"I finally got a phone call from one of the research coordinators on Saturday (March 7), telling me that 'You have tested positive for COVID-19,'" she said.

"Granted, I probably would not have felt that way if I was severely ill," she said. "But from a scientific curiosity perspective, I thought it was very interesting. And also the fact that I finally got confirmation that that's what I had."

By this time, her symptoms had already subsided, and she was told by local health authorities to remain at home for at least seven days after the onset of symptoms or 72 hours after they subsided.

It's now been a week since she's felt better. She has started going out for errands but is still avoiding large gatherings and continuing to work from home.

Schneider said she hoped her example, which will probably be typical of the high majority of cases, could comfort others.

"The message is don't panic," said Schneider. "If you think that you have it, you probably do; you should probably get tested."

"If your symptoms aren't life-threatening, simply stay at home, medicate with over-the-counter medicines, drink lots of water, get a lot of rest and check out the shows you want to binge-watch," she said.