Fear and foreboding in New York, US coronavirus hotbed 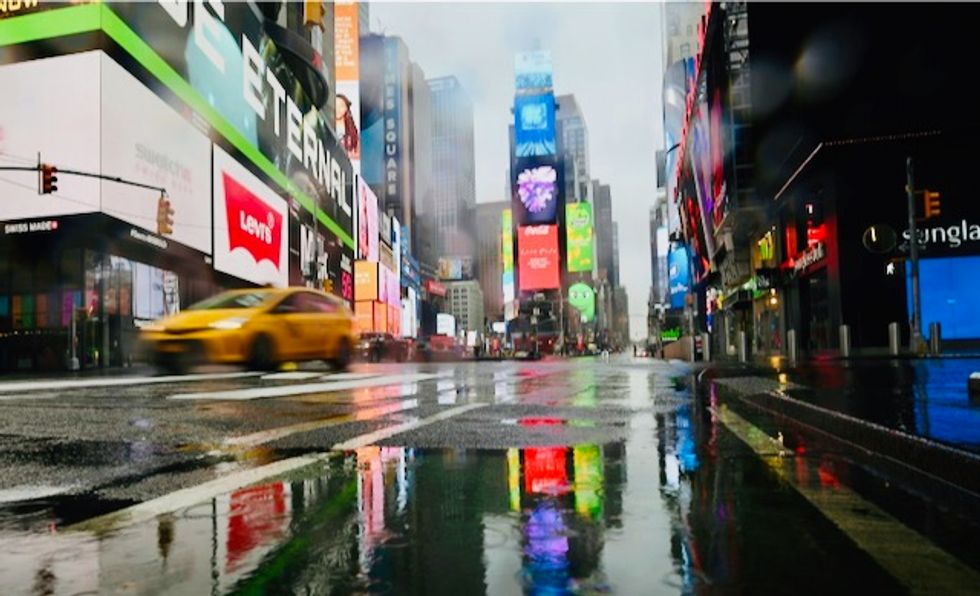 Anxiety ratcheted up across New York, America's coronavirus epicenter, Monday with streets eerily quiet as the working week began with more US states restricting movements and officials warning the crisis will worsen.

As the number of deaths in the United States from COVID-19 soared past 550, with more than 41,000 declared cases, the Big Apple finds itself at Ground Zero in the fight to stem the fast-moving pandemic.

With millions of residents ordered to stay at home, all non-essential businesses shut and schools closed, the city that never sleeps is bedding down for a long and uncertain slumber.

For Christian Hofer, and his wife and two young children, the hardest is not knowing how long the unprecedented measures are going to last.

"It goes from a range of emotions, from feeling very nervous about the situation to feeling like how absurd it is," the 42-year-old Wall Street trader told AFP.

New York City is now the focal point of America's outbreak, with more than 12,000 confirmed cases and almost 100 deaths, after the outbreak first spread in Washington state.

As only non-essential workers, such as pharmacists, grocery store workers and nurses and doctors, headed to work Monday, rush hour in the city was more like a mid-afternoon trickle of traffic.

Gray skies and soaking wet weather added to the fear and foreboding that hung over America's financial capital, which has seen its fair share of disasters, most notably 9/11.

"I'm scared for me and patients that this could go on" for months, said Lauren, a psychologist who declined to give her surname.

Anxiety and depression "all gets heightened at a time like this," she added, one of the few hardy souls out and about on Manhattan's Upper East Side.

On the New York Stock Exchange, the opening bell, usually greeted by cheering and clapping, was met with silence as the first day with no floor trading took place.

Only electronic trading occurred as stocks plunged deep into the red shortly after midday, with both the Dow and the S&P 500 down almost five percent.

In Congress, efforts to advance a nearly two-trillion-dollar rescue of the economy failed for a second straight day after Democrats said the Republican proposal insufficiently protected workers.

And Mayor Bill de Blasio warned New York was just at "the beginning" of dealing with the epidemic as soldiers from the National Guard began converting a convention center into a facility with hospital beds.

De Blasio added that the city's overwhelmed public hospitals have only enough medical supplies to last the week and pleaded with the federal government to speed up production.

"If that doesn't come in starting this week, we will get to a point where people can't be saved who could have been saved," he said.

He also called for President Donald Trump to enforced a nationwide lockdown similar to those introduced locally in New York, California and Illinois.

AFP/File / Bryan R. Smith Members of the National Guard arrive at the Jacob Javits Center as New York Governor Andrew Cuomo announces plans to convert the site on Manhattan's West Side into a field hospital

Around a third of Americans are living under various phases of lockdown but Trump has so far resisted calls for a stay-at-home order for the whole country.

On Monday, Michigan became the last state to sign a "shelter-in-place" order, as Ohio's and Louisiana's took effect.

Defense Secretary Mark Esper said hospital ship USNS Mercy should arrive in Los Angeles later this week and in a couple of weeks the USNS Comfort would head to New York.

But US Surgeon General Jerome Adams warned that case numbers across America were going to get worse before they get better.

"We really need everyone to understand this is serious, to lean into what they can do to flatten the curve."