Future of abortion at stake in US Supreme Court case 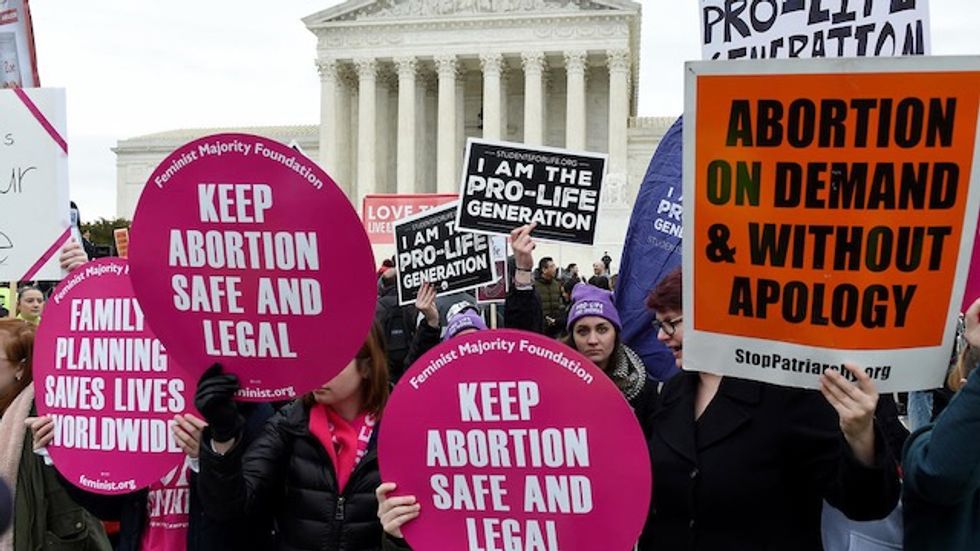 The United States Supreme Court on Wednesday will hear what may be its most significant case in decades on the controversial subject of abortion.

At issue is a state law in Louisiana which requires doctors who perform abortions to have admitting privileges at a nearby hospital.

Groups in favor of abortion argue that the law would severely restrict access to the practice and lead to the closure of two of three remaining abortion clinics in the southern state.

The case, June Medical Services v Russo, will be the first on the emotive issue to come before the court since President Donald Trump appointed two conservative justices -- Neil Gorsuch and Brett Kavanaugh -- to the nine-member bench.

Their appointments have galvanized anti-abortion activists in the country's conservative "Bible Belt," and several states have passed tough laws restricting the practice. A ban in Alabama even covered cases of rape.

That and most of those other laws have been struck down by lower courts, but anti-abortion groups are hoping to put the issue before the Supreme Court and force it to revisit Roe v. Wade.

"The case is significant because the law that is being challenged is more or less identical to one that the court struck down in 2016," said Mary Ziegler, a law professor at Florida State University.

"Switching court membership? Is that enough to undo a case?" asked Ziegler, author of "Beyond Abortion: Roe v Wade and the Battle for Privacy."

Roe v Wade is the landmark 1973 Supreme Court case that legalized a woman's right to an abortion.

Ziegler said the ruling in the Louisiana case "might tell you something about how the court might view other precedent, including Roe v Wade."

Trump, who years ago described himself as "pro-choice in every respect," has flip-flopped to become a staunch opponent of abortion as he seeks to rally evangelical Christians behind his re-election campaign.

A ruling in the case is expected in June, just months ahead of the November presidential vote.

The Trump administration is backing Louisiana authorities in the case, along with more than 200 Republican members of Congress.

The lawmakers argued in a supporting brief that the case illustrates the "unworkability of the 'right to abortion' found in Roe" and questioned whether it should be "reconsidered and, if appropriate, overruled."

"This is, my friends, what protecting women looks like in Louisiana," said state senator Katrina Jackson, who is sponsoring the bill.

"Your physician... can immediately phone the hospital and admit you."

Abortion rights supporters say banning abortion entirely is the ultimate intent of the law in Louisiana and similar legislation in other states that restrict the practice.

"Louisiana is openly defying the Supreme Court's decision from just three years ago, in which they found an identical Texas law unconstitutional," said Nancy Northup, president of the Center for Reproductive Rights.

"We are counting on the Court to follow its precedent."

But Louisiana, where about 10,000 abortions are carried out every year, argues that the law is needed to protect women's health.

"Abortion carries known risks of serious complications that may require intervention in a hospital," the state said in a brief for the court.

Besides protecting women, "the process for obtaining admitting privileges serves to vet physician competency," it said.

Anti-abortion campaigner Catherine Glenn Foster, head of United for Life, said: "We go forward with hope in our hearts and with confidence in our court."

The Supreme Court, in a five to four vote, blocked the application of the law in February 2019 but without delivering a final decision.

Chief Justice John Roberts joined the four liberal justices on the bench in temporarily blocking the law. He is seen as the key vote this time around.