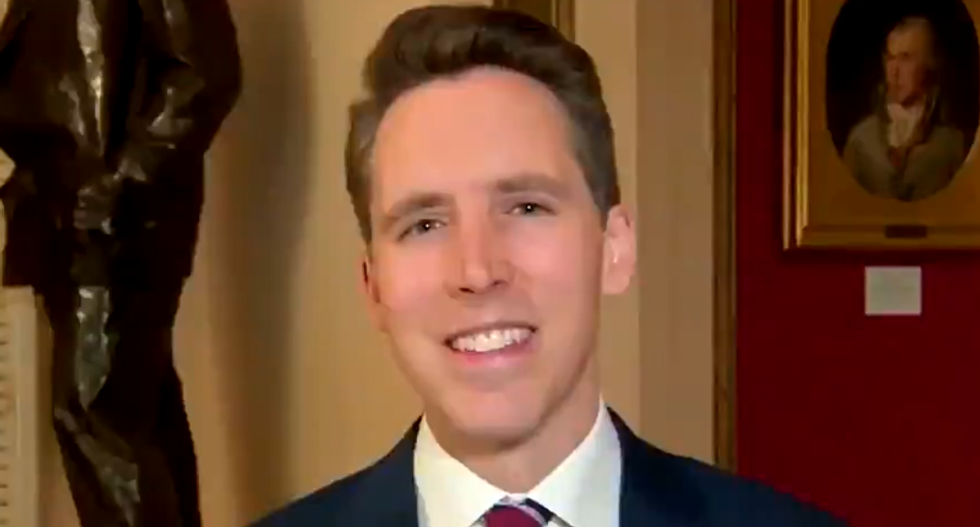 On Fox News Thursday, Sen. Josh Hawley (R-MO) told Fox News' Tucker Carlson that there should be an "international investigation" into the origins of coronavirus, and that China should be required to "foot the bill" for damage caused by the virus in the United States.

While anti-China saber-rattling is popular with the GOP base, it is unclear how any of this would even be legally possible.

In his short time in the Senate, Hawley has gained a reputation for championing obscure causes and offering strange or impractical solutions. He has introduced legislation that would allow the government to police social media networks for political bias, which would seem to heavily undercut the First Amendment. He has also spearheaded a federal ban on certain types of in-app purchases for video games.