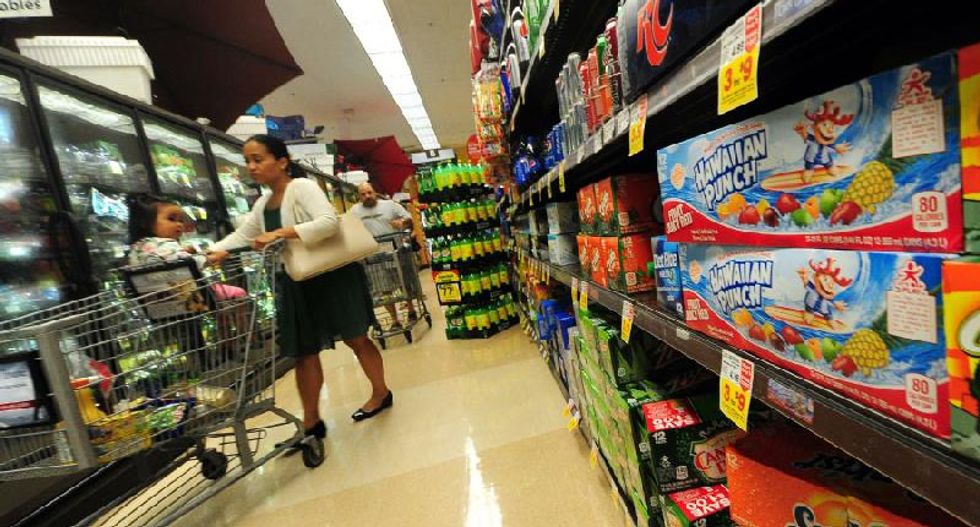 US health authorities on Monday urged Americans most at risk of getting seriously ill from the new coronavirus to stock up on food and medicine and prepare to remain at home, as the pathogen spread rapidly across the country.

The advice, which targeted the elderly and those with underlying health conditions, came as thousands of people stranded on a cruise ship off California were set to begin disembarking.

There have been 21 confirmed cases on the vessel. The patients will proceed to treatment, while others will be quarantined or returned to their home countries if non-US residents.

According to a Johns Hopkins University tracker, more than 550 people have become infected in the US while there have been 22 deaths -- most in the western state of Washington where the virus gained its first foothold in the country.

Speaking to reporters on Monday, Nancy Messonnier, a senior official with the Centers for Disease Control and Prevention (CDC) said the agency had new recommendations for people most at risk, including stocking an excess of their routine medications as well as drugs to treat fever.

"Have enough household items and groceries so that you will be prepared to stay home for a period of time," she added.

She added that, based on a study of 70,000 Chinese patients of the virus, about 15 to 20 percent developed a serious illness -- with the risk increasing from the age of 60 and highest for those 80 and over.

People in these high risk categories should avoid close contact with people who are sick, avoid crowds in poorly ventilated spaces, and avoid all non-essential travel like plane trips.

Over the weekend, the CDC issued fresh recommendations that travelers -- particularly those with health conditions -- defer all cruise ship travel worldwide.

The Grand Princess cruise ship was set to dock at around noon local time (1900 GMT), a spokesman for the port of Oakland told AFP.

It had been sitting off the coast of nearby San Francisco since Wednesday while authorities figured out how to get people safely ashore without spreading the virus.

President Donald Trump said Friday that he would prefer to keep the passengers confined on the ship because letting them off would increase the number of infections in the United States.

His administration was considering options for emergency economic assistance to individuals and businesses impacted by the fallout, according to reports.

Measures due to be presented to Trump after he returns from a weekend in Florida will include expanding paid sick leave, aid for small businesses and tax deferrals for the travel and hotel industries, which have been especially impacted, The Washington Post reported.

CNBC reported that Trump's economic team was to present him with "a full menu of options."

The White House press secretary would not comment on the reports, which came as stock markets around the world plunged on coronavirus-related sell-offs.

President Trump's spokeswoman on Monday meanwhile denied reports that White House staff are being forced to restrict activities as a precaution against the coronavirus.

Stephanie Grisham said it was "business as usual" in the White House, despite fears that the COVID-19 epidemic around the world could threaten Trump and other senior officials.

In New York -- one of many US states that have declared a state of emergency -- officials launched the state's own brand of hand sanitizer, made by jail inmates.

Governor Andrew Cuomo said 100,000 gallons of "NYS Clean" would be produced a week by prisoners, who already manufacture soap, to meet shortages.