‘It’s going to pop’: Trump predicts the country ‘will be rolling again’ after 15 days 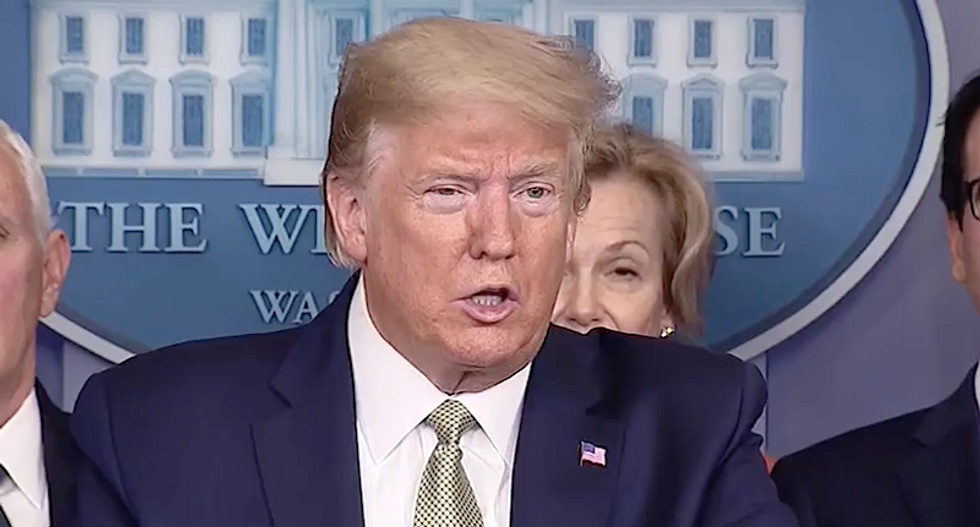 President Donald Trump offered assurances that the worst of the coronavirus might be over by the end of this month.

The president spoke Tuesday morning from the White House on the COVID-19 outbreak, which has resulted in mass closures of schools, churches, stores and businesses -- and he broke with many doctors and scientists to claim the situation might be relatively short.

"Our guidance yesterday urges Americans to take action for 15 days to help stem the outbreak," Trump said. "So it is a 15-day period. They would say it is a 14-day period. We are asking everyone to work at home if possible, postpone unnecessary travel, limit social gatherings to no more than 10 people. I am making shared sacrifices and temporary changes. We can protect the health of our people, and our economy, because I think our economy will come back very rapidly. So it is 15 days."

Trump again assured the public the viral outbreak would dissipate, and possibly soon.