‘Monstrously incompetent’ Trump mocked for vowing to defeat ‘hidden’ coronavirus: ‘Wouldn't be so hidden if there were more tests’ 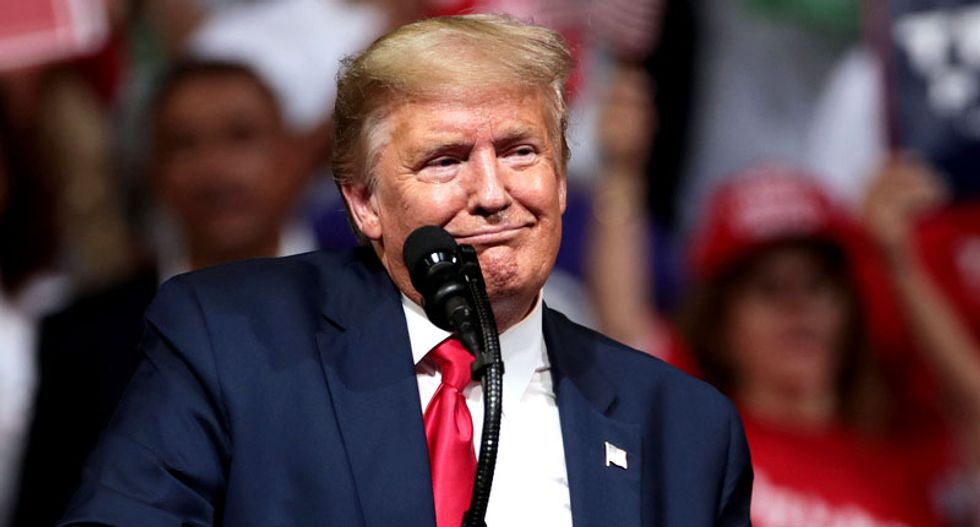 In a tweet this Tuesday afternoon, President Trump sought to reassure the American people that his administration can defeat the growing health crisis sparked by the coronavirus.

'The world is at war with a hidden enemy," Trump tweeted. "WE WILL WIN!"

While the message was meant to give hope, some thought Trump's use of the word "hidden" was an attempt to obfuscate what was his administration's initial bungled response to the outbreak -- which many agree wasn't so hidden.

It’s not hidden but your administration rejected a test that would’ve helped find out where it was weeks ago for re… https://t.co/vION6QqtBC
— Andrew Feinberg (@Andrew Feinberg)1584473869.0

@realDonaldTrump This wasn't hidden. Many people have been talking about this for months. The only thing that has b… https://t.co/1HZbcPLDDM
— Patrick (@Patrick)1584473949.0

It hasn’t been hidden. You just pretended it was miraculously just going to go away, until yesterday. https://t.co/6FKgQNN7KU
— George Conway (@George Conway)1584473629.0

No it isn’t hidden. Never was. Everyone could see it spreading to people all over the world while you were saying i… https://t.co/8fHkkX4r6r
— Dominik Diamond (@Dominik Diamond)1584474109.0

This tweet shows exactly how ignorant the President remains. The enemy was not hidden. It was visible to anyone w… https://t.co/pgS3ju4MCw
— Joe Lockhart (@Joe Lockhart)1584474428.0