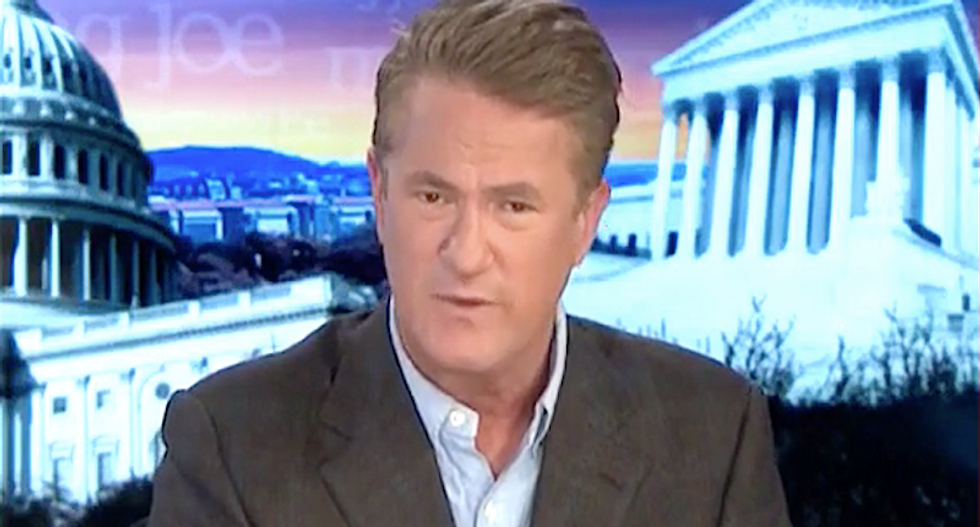 The "Morning Joe" host called out Limbaugh for downplaying COVID-19 by comparing it to the flu or the common cold, but then changing course as the outbreak spreads without ever acknowledging his previous claims.

"What concerns me even more right now, because, again, that was the past and we're worried about misinformation being spread right now, but there actually have even been in the past week some of these media hacks who have been promoting more bad science, more bad medicine," Scarborough said. "Like having entire segments suggesting that people in Middle America are basically immune to this, this is a New York problem, that this is not a problem for Middle America. Having guests on that sit back and laugh at the thought that people in Middle America need to be concerned by the coronavirus. They do need to be concerned."

Scarborough blamed Limbaugh as a major culprit for some Americans' failure to take preventative measures to protect themselves -- and their neighbors -- from the deadly virus.

"Of course, Rush Limbaugh was saying this was nothing more than the flu," he said. "Yesterday, he came back on and said, this is pneumonia times 10 or pneumonia times 20, something like that. No reference to the fact that he had lied to the American people several weeks before and told them there was nothing there."

Those radio claims could have real-world consequences, Scarborough said.