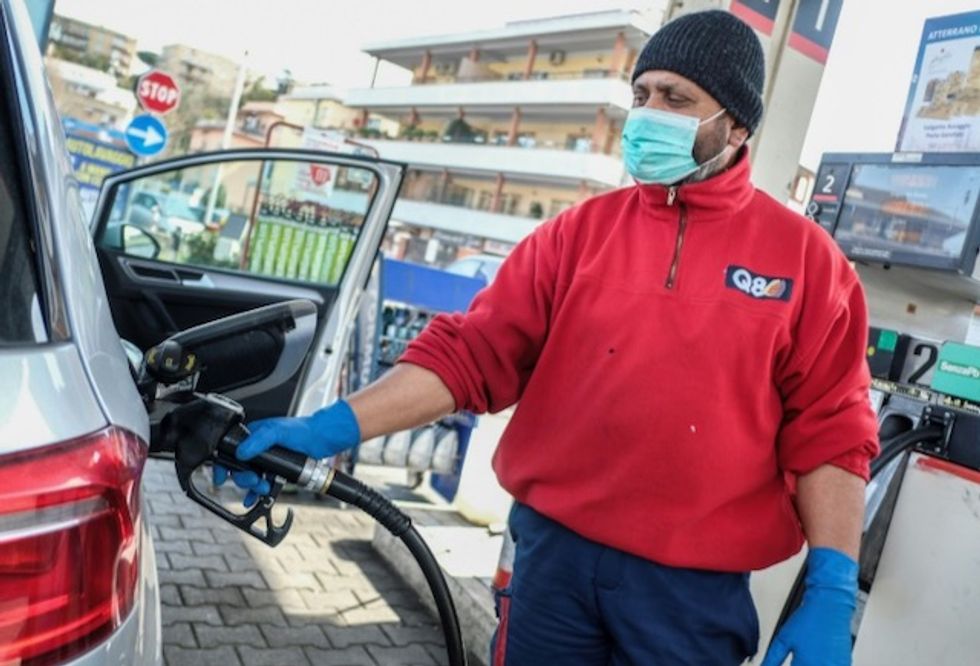 Oil prices were mixed in volatile Asian trade on Monday, but remained at multi-year lows due to the double shock of the coronavirus pandemic and the Saudi-Russia price war.

Both main contracts plummeted at the open after a trillion-dollar support package for the American economy crashed to defeat, and virus deaths surged in Europe and the US over the weekend.

International benchmark Brent crude was off 2.3 percent in afternoon trade at $26 a barrel, after earlier being down about five percent.

US benchmark West Texas Intermediate however was up 1.3 percent at nearly $23 a barrel as traders bought at bargain prices -- after having fallen over three percent in earlier deals.

Both contracts remain at multi-year lows as lockdowns and travel restrictions to fight the virus hit demand, and top producers Saudi Arabia and Russia engage in a price war.

Coronavirus deaths soared across Europe and the United States at the weekend despite heightened restrictions, with the tally jumping to more than 14,700, according to a Johns Hopkins University tracker.

Prices also fell after a trillion-dollar Senate proposal to rescue the US economy was defeated because of zero support from Democrats, and with five Republicans absent from the chamber because of virus-related quarantines.

The bill had proposed funding for American families, thousands of shuttered or suffering businesses and the nation's critically under-equipped hospitals.

There were hopes for some action to support the market after an envoy from Texas, a top oil-producing US state, was given a rare invite to an OPEC meeting in June.

But hopes for an agreement fizzled after he faced criticism for suggesting output curbs.

Even if cuts are agreed at some point, they "alone will not be enough to see prices fully recover the lost ground over the last month", said Peter Kiernan, energy analyst from the Economist Intelligence Unit.

"This would need a noticeable recovery in demand, which is unlikely in the short to medium term."