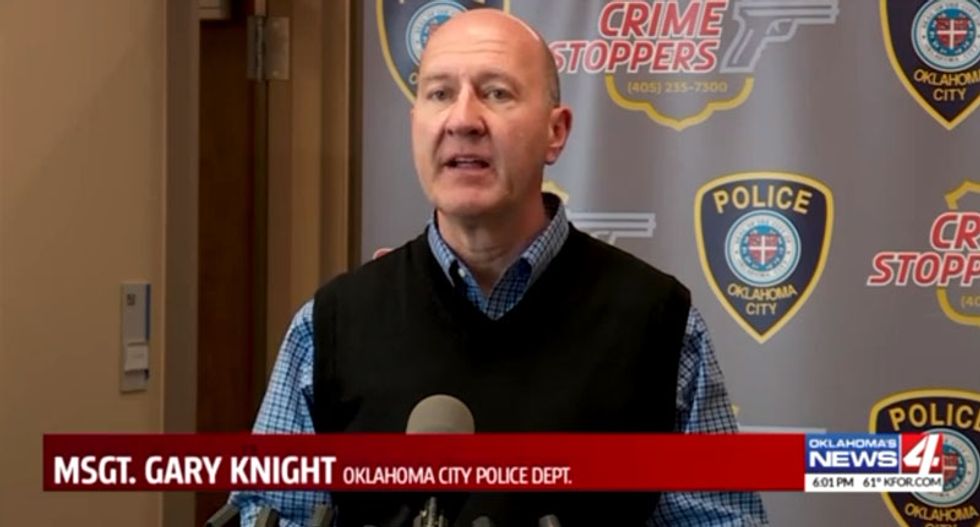 An Oklahoma couple is accused of torturing their son in an attempt to "exorcise" demons from the boy.

Concerned friends notified police after noticing welts on the 7-year-old boy's head and body, along with bruises on his wrists, and investigators learned the couple had become convinced the child was possessed by demonic spirits, reported KFOR-TV.

"Apparently, for whatever reason, the parents believe that one of the children may have been demon-possessed, and they were trying to perform an exorcism by waterboarding the child," said Sgt. Gary Knight, of Oklahoma City Police.

The abuse focused on one particular boy, and the couple allegedly sent text messages outlining their plans for an exorcism, police said.

Police said the man appeared to be under the influence of drugs when they questioned him, and they said he was acting erratic and paranoid.

The woman told officers they sometimes drugged the boy with "benzos and cough syrup."

"There's indication the child may have been beaten, abused, possibly given things to help them sleep or relax while this was all going on," Knight said.

Investigators said the boy was sometimes placed in a laundry basket and then drop-kicked, and he had multiple injuries consistent with abuse.

Witnesses also said they saw him "blindfolded, soaked in sweat and wearing a heavy coat."

All children in the home have been taken into protective custody, but no arrests had been made over the weekend.