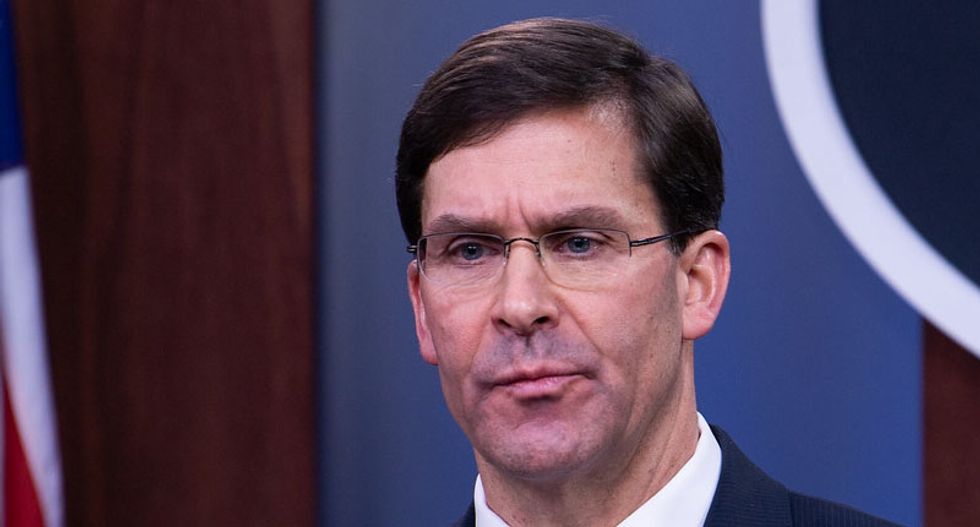 The leadership of the Pentagon is being put in an isolated bubble of people to protect them from contracting the coronavirus, CNN.com reported Monday.

While a giant plastic bubble, made famous by Wayne Coyne of the Flaming Lips, may sound like a genius invention, the high brass of the military is merely operating under a kind of pre-selected isolation.

"Starting today, the secretary and the deputy secretary are remaining physically separated, so we are attempting to put a, for lack of a better term, a bubble around the two of them," said Pentagon spokesperson Jonathan Hoffman.

"We're screening people that are entering the secretary's suite and limiting the number of people who have access as well," Hoffman continued.

The Pentagon's move came while the White House announced urgency to self-quarantine for 15 days.

"But the President did not agree with the approach when asked if he and Vice President Mike Pence should follow the same procedures as the two top leaders at the Pentagon, saying they hadn't thought of it," reported CNN.

"We're very careful with being together," Trump claimed in a press conference. "But everybody should be vigilant."