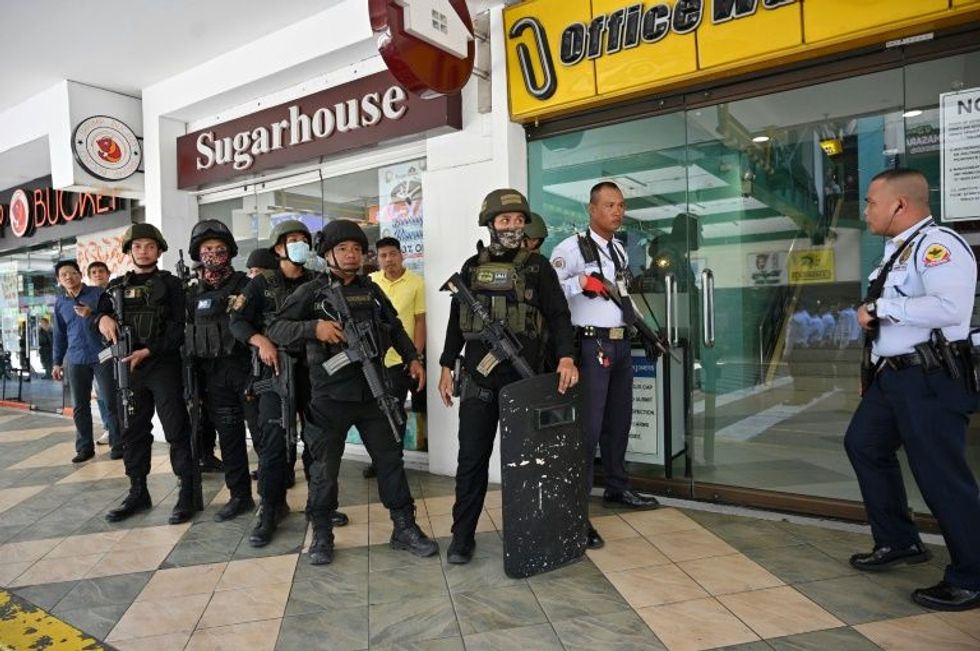 Heavily armed police were deployed at a mall in the Philippine capital Manila on Monday after reports that a disgruntled employee was holding a group of people hostage, an AFP journalist saw.

The mayor of a section of Manila had earlier told journalists that a security guard was holding up to 30 people in an administrative office and had shot at least one person.

"The initial information that we have... is he has firearms and grenades with him," San Juan city mayor Francis Zamora said.

"There is already one (person) that was shot already a while ago and has been rushed to... hospital," he added.

The mall was crowded with shoppers and employees who were told to evacuate the building after hearing at least one gunshot.

Manila's malls are centres of life that include everything from restaurants and shops to churches and medical facilities.