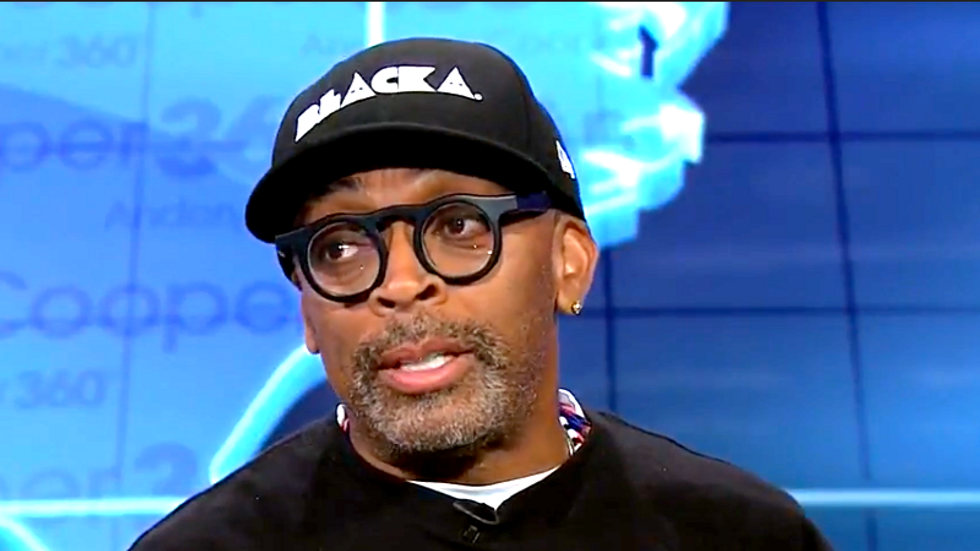 Movie director and New York Knicks fan Spike Lee says he will not attend any more games at Madison Square Garden this season after a row with the team over what entrance he can use.

Lee, 62, is one of the Knicks' most famous celebrity superfans, faithfully sitting at courtside despite the team's struggles in recent seasons.

However Lee told ESPN on Tuesday he would no longer attend games at Madison Square Garden this season.

Lee's comments came after video footage circulated on social media on Monday appearing to show the director in a confrontation with security at the venue.

Lee told ESPN he had been unfairly treated by security staff who objected to him using the wrong entrance.

"I've been using the same entrance for 20-plus years," Lee said.

Lee eventually arrived in his seat to watch the Knicks defeat the Houston Rockets 125-123 in an upset on Monday.

The Knicks on Tuesday pushed back at the suggestion Lee had been unfairly treated.

"The idea that Spike Lee is a victim because we have repeatedly asked him to not use our employee entrance and instead use a dedicated VIP entrance -- which is used by every other celebrity who enters The Garden -- is laughable," the team said in a statement.

"It's disappointing that Spike would create this false controversy to perpetuate drama. He is welcome to come to The Garden anytime via the VIP or general entrance; just not through our employee entrance, which is what he and Jim agreed to last night when they shook hands."

The Knicks have not posted a winning season since 2013 and this year are languishing near the foot of the Eastern Conference once again with a 19-42 record.