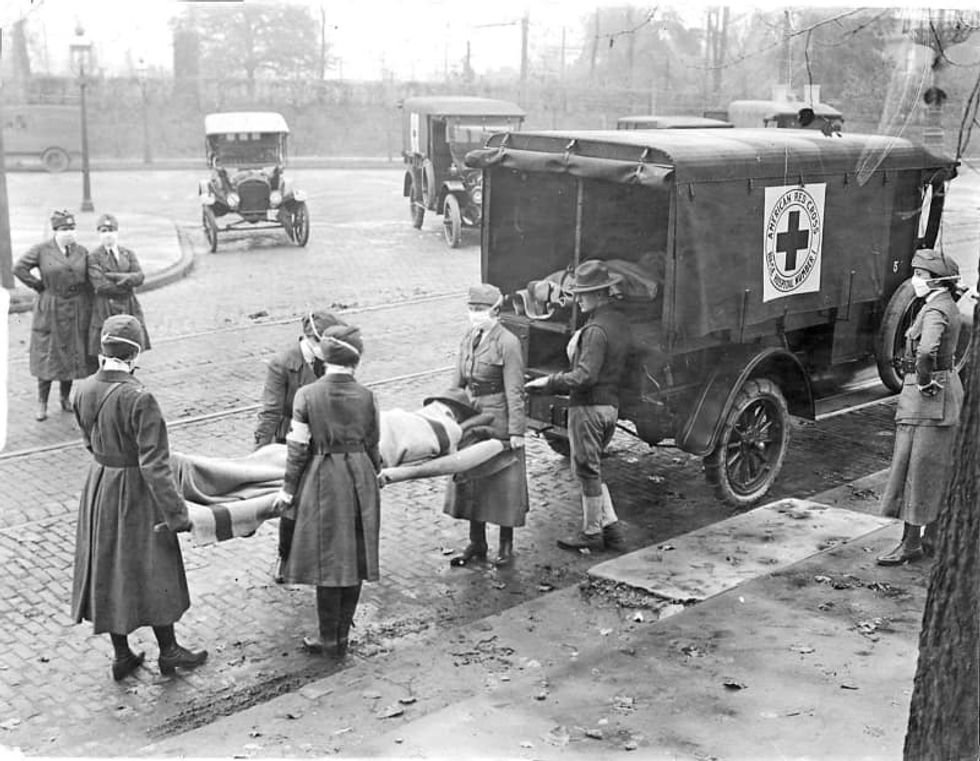 ST. LOUIS — It started in a dusty and desolate corner of Kansas, as horror stories might.The deadly influenza virus that would be known as the mother of all outbreaks tore through Haskell County in the winter of 1918. The county doctor warned that young, sturdy hog farmers were collapsing in the fields as if they’d been shot.Historians believe that the flu soon reached Camp Funston at Fort Riley, where troops trained to fight World War I. By spring, flu outbreaks hit most of the Army camps across the country. Thousands of troops in effect carried germ warfare in their arsenal to European shore...