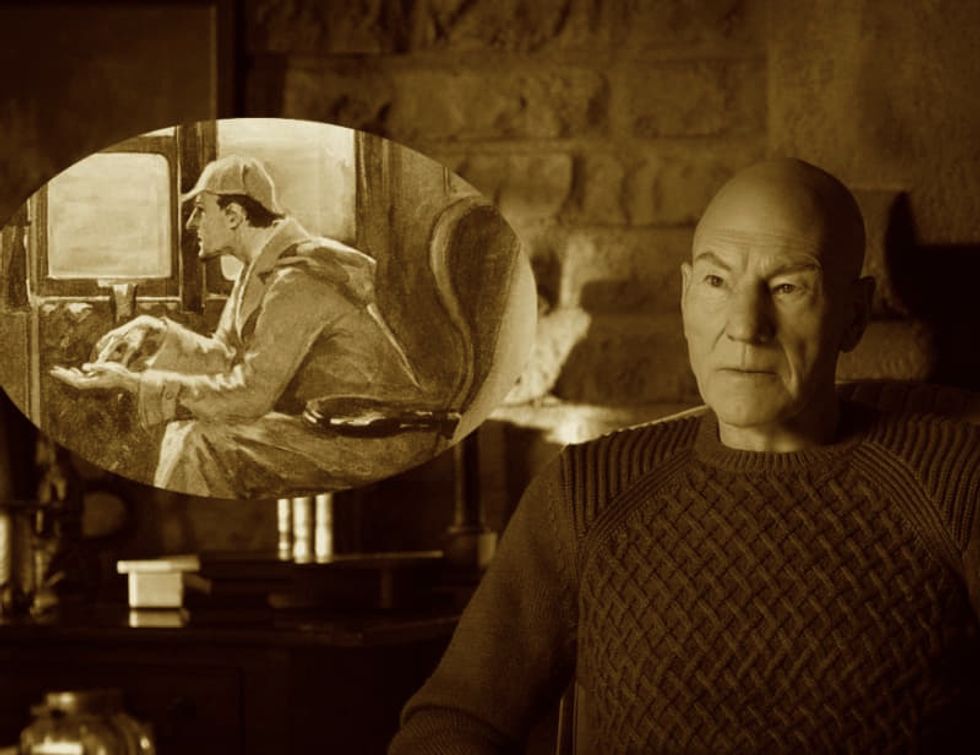 When it comes to fan fiction, it's hard to argue with the influence of both Sherlock Holmes and Star Trek. From Holmes, the world got its first powerful fan organizations. From Trek, you got the concept of "Slash" fiction, which began with Kirk/Spock. So if you like fanfic, thank the ghosts of Sir Arthur Conan Doyle and Gene Roddenberry.On some level, Star Trek: Picardis a blend of both kinds of old-school fanfic. Two books — one by showrunner Michael Chabon — clearly inspired the basic premise of the current Trek series, making it a kind of Sherlock fanfic. In space. Spoilers for Picardepisod...