Stocks rebound as US makes economic moves against coronavirus 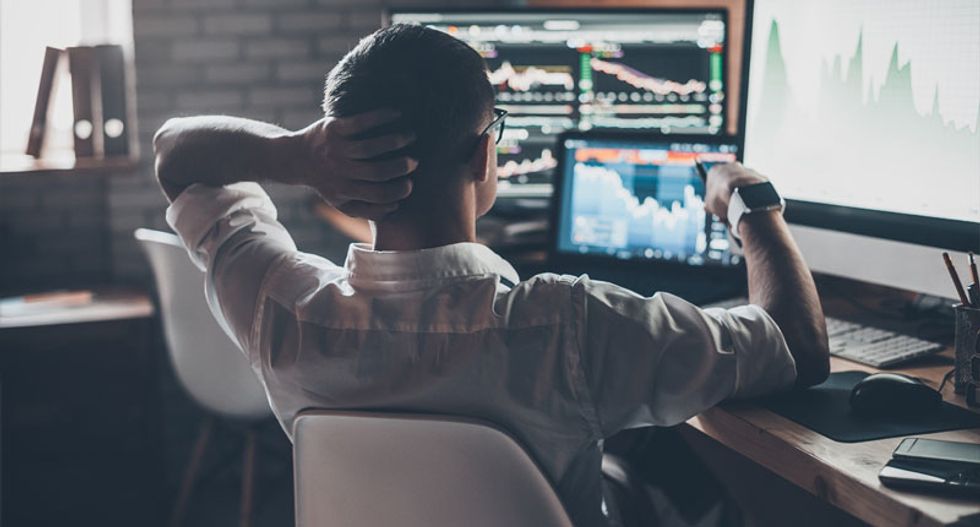 Stocks rebounded Tuesday following Wall Street's sharpest daily drop in more than three decades as the United States took steps to try to deal with the economic fallout from the coronavirus.

The dollar bounced back from heavy losses against the euro on Monday, and oil prices, which had drifted below $30 per barrel, pushed higher.

Wall Street stock indices rebounded from the opening bell after having collapsed Monday in their worst day since 1987.

The S&P 500 and Nasdaq dropped about 12 percent and the Dow nearly 13 percent, as investors had been sceptical of measures taken by central banks and governments to contain the outbreak of the coronavirus and their economic impact.

But the gains accelerated as Treasury Secretary Steven Mnuchin said that the White House will present its massive stimulus plan to Congress for rapid approval, and favours sending direct payments to all Americans right away.

Reports had already circulated that US President Donald Trump will ask Congress to approve a massive $850 billion emergency spending package to contain the growing economic damage from the coronavirus pandemic that will include a payroll tax cut and a bailout for airlines.

"Just as investors were starting to seriously flag once again, the Fed actually managed to pull off a market-boosting intervention after a string of false dawns," said market analyst Connor Campbell at Spreadex.

On Tuesday, the NY branch of the US Federal Reserve also unveiled a new credit facility to help households and business stay afloat.

Campbell pointed in particular to the Fed's Commercial Paper Funding Facility which will buy up short-term debt issued by struggling companies seeking to raise cash and which had been under intense stress in recent days.

"It seems that, after being sceptical of the Fed's rate cuts and trillion dollar stimulus injections, the creation of this new special credit facility was the kind of thing investors were hoping for," he said.

The Fed has taken interest rates down to virtually zero and this week has injected $1 billion into financial markets on top of $1.5 trillion last week.

European stock markets, which had surged around five percent in early deals Tuesday before erasing their gains, bounced back into positive territory.

European governments have also been unveiling new measures to support their economies, with both France and Spain announcing tens of billions of euros in aid.

The Italian government moved to re-nationalise the bankrupt former national carrier Alitalia under an emergency economic rescue package, and France signalled it would not hesitate to nationalise firms to protect them from collapsing.

In a move meant to help tame the massive volatility in the markets caused by the coronavirus outbreak, the French bourse regulator on Tuesday banned short-selling in 92 top stocks for the day.

While governments and central banks attempt to soothe markets with massive stimulus pledges and interest rate cuts, more countries are going into lockdown to prevent the outbreak's spread -- bringing the world economy juddering to a halt.

There is a broad consensus that the disease, which has wiped trillions off market valuations, will cause a global recession, with the airline industry among the first in the firing line, leading company heads to plead for billions in state help to prevent them going under.

The Philippines became the first country to shut down its stock market as the country goes into lockdown, and the bourse will be closed until further notice.

The White House said it wants to keep markets open, but said it may shorten trading hours.

France moved to ban short selling on a number of stocks which had been hit particularly hard in the panic selling which has gripped markets in recent days.

Investors use short-selling to bet the market will fall, putting tremendous downward pressure on prices at a time when buying interest is virtually non-existent.

Oil prices climbed higher following the US announcements. Earlier Brent slid below $30 per barrel after have plunged more than 12 percent on Monday.

Adding to the weakness in crude markets is the price war between major producers Saudi Arabia and Russia.

US panel recommends COVID boosters for people 65 and older

A panel of leading US medical experts advising the government voted in favor of authorizing boosters of Pfizer's coronavirus vaccine for everyone aged 65 and up, as well as people at high risk of developing severe Covid.

The same committee however rejected an initial proposal, submitted by Pfizer and backed by President Joe Biden's administration, to fully approve boosters to everyone aged 16 and over.

Following 556 days of pandemic-inflicted cancellations and unconventional concerts, the New York Philharmonic opened its new season Friday, a "homecoming" for musicians limited to live streams, one-off and outdoor shows for more than a year.

After enduring months of crisis, the Phil, one of America's oldest musical institutions, re-opened its subscription season with a program featuring Beethoven's Piano Concerto No. 4, Anna Clyne's "Within Her Arms," Aaron Copland's "Quiet City" and George Walker's "Antifonys."