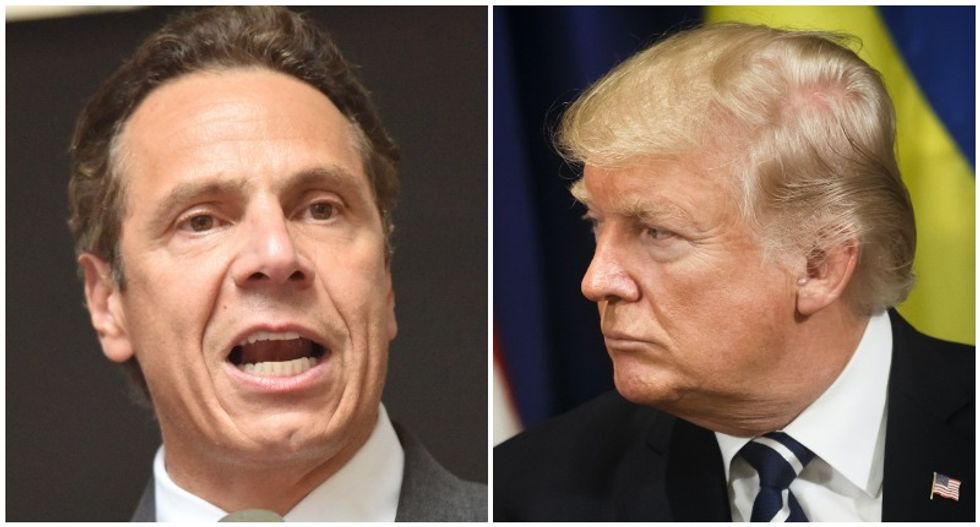 In a tweet this Monday morning, President Trump threw some slight shade at New York Governor Andrew Cuomo, singling him out and suggesting that he's not doing enough to fight against the burgeoning coronavirus is in his state.

"Just had a very good tele-conference with Nations’s Governors," Trump tweeted. "Went very well. Cuomo of New York has to “do more."

Cuomo wasted no time in firing back at Trump, telling him that ultimately he's the president so the buck stops with him.

"I have to do more?" Cuomo wrote. "No — YOU have to do something! You’re supposed to be the President."

In the comment thread that opened beneath Cuomo's response, the governor had a decent-sized contingent of people taking his side:

Trump is incredibly petty and jealous of the great leadership Cuomo has shown through this crisis https://t.co/FuyRuGhC6z
— Nandi (@Nandi)1584383149.0

Literally the day after Cuomo wrote in the Times that Trump needs to call in the military to assist with coronaviru… https://t.co/wL8x8pD6gp
— Harry Siegel (@Harry Siegel)1584382053.0

Trump deleted and reposted this tweet hitting Cuomo so Cuomo's response would have no context. This guy is preside… https://t.co/bhsoYpb1Bg
— Dennis Mersereau (@Dennis Mersereau)1584383854.0