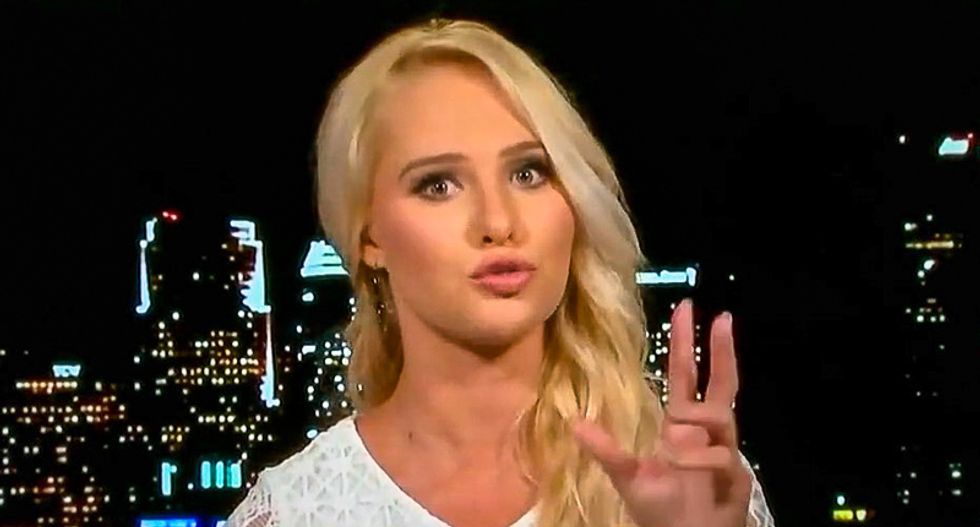 Fox Nation host Tomi Lahren told viewers of her program "Final Thoughts" on Tuesday that she is "far more concerned with stepping on a used heroin needle" than she is about contracting COVID-19, the novel coronavirus.

"Look, I don't want to get coronavirus any more than the next guy, but where is the hysteria over the California business-as-usual homeless epidemic, complete with your standard trash, rats, needles, and feces on our streets and beaches?" Lahren said. "I mean, Californians, let's put this in perspective, shall we?"

Lahren proceeded to discuss undocumented immigration, which she characterized as a bigger issue than the coronavirus, and sarcastically dismissed the "sky is falling" mentality of Americans concerned about getting sick.

"Californians — if you're worried about hygiene, health and sanitation, I wouldn't leave your doorstep given the fact we have much, much bigger issues with cleanliness all across this wonderful state," Lahren said. "We haven't always had a toilet paper shortage in the Golden State, but you'd think so, given the fact we have a rather serious issue with public defecation."

She concluded, "Call me crazy, but I am far more concerned with stepping on a used heroin needle than I am getting the coronavirus, but maybe that's just me."

Lahren is one of the many Fox personalities who have either downplayed the seriousness of the COVID-19 outbreak. Fox Business host Trish Regan told her viewers on Monday, "This is yet another attempt to impeach the president, and sadly it seems they care very little for any of the destruction they are leaving in their wake — losses in the stock market. All this, unfortunately, just part of the political casualties for them." Other hosts have linked the virus to the problem of homelessness, claimed that it was a bioweapon, and argued that it was caused by Chinese people supposedly eating raw bats and snakes.

Fox News host Tucker Carlson differed from his colleagues on Monday, telling his viewers, "The Chinese coronavirus is a major event. It will affect your life. And by the way, it's definitely not just the flu. In a typical year, the flu in this country has a mortality rate of about one in a thousand. The overall death rate for this virus, by contrast, is as high as 3.4 percent. That's 34 times deadlier."

Watch the full video of Lahren via Media Matters for America: