Travel is safe despite virus, US industry chiefs say 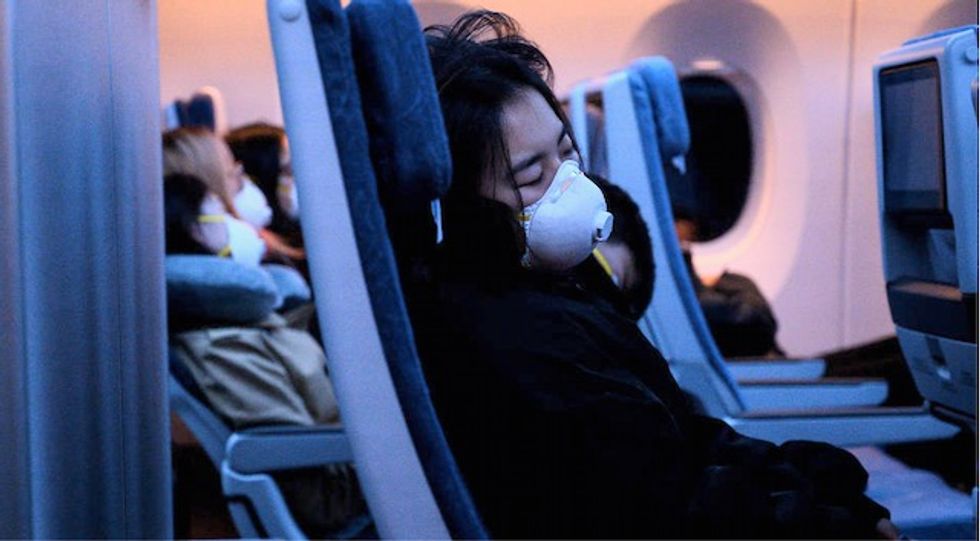 Woman on Plane with Mask AFP

Travel in the United States is safe and the economic hit from the coronavirus will be minimal, industry chiefs said Wednesday, even as cases of the virus multiply in the country.

Wall Street indices have gyrated in recent days and the Federal Reserve made an emergency half-point rate cut on Tuesday in response to the outbreak, which began in China and has since spread worldwide, infecting more than 93,100 people and killing upwards of 3,200.

In the United States, nine people have died and more than 100 have been infected, while airlines have canceled some international flights and President Donald Trump's administration has announced travel restrictions, raising fears of wider disruptions to the travel and tourism sectors.

"We don't think that this situation is going to impose any lasting long-term negative effect on our industry or on other industries," Stephanie Martz, the chief administrative officer of the National Retail Federation, said at a press conference called by the US Chamber of Commerce.

"Now is not the time to overreact and panic," said Tom Donohue, the chamber's president. "Fear and panic undermine our ability to contain the virus, to minimize disruptions to daily life and to keep our economy humming along."

As businesses slowed or shuttered operations in China, the stock market last week saw its biggest drop since 2008 amid fears that supply chains from the manufacturing powerhouse would be disrupted, which Martz downplayed.

"We are increasingly hearing ... that those factories and those lines of supply are coming back online 30, 40, as much as 50 percent at this point," she said.

But the virus has already taken a toll on the global economy, with the International Monetary Fund projecting Wednesday that this year's growth would be below the level of 2019.

Share prices of US airlines and hotel companies have seen double-digit drops since the start of the year, and the US Travel Association's chief executive Roger Dow acknowledged that international travel had taken a hit of about six percent, or about $3 billion.

But he said there was no reason for Americans not to move around the country.

"For the majority of Americans, travel within the United States is safe and should go on unimpeded," Dow said. "I think the government would be extremely smart if they were to stimulate travel."