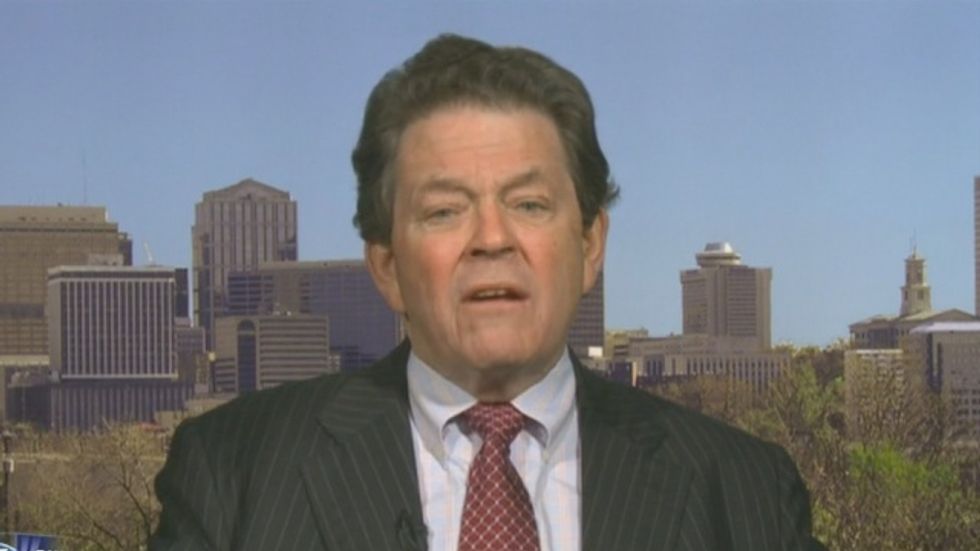 On Monday, The Daily Beast reported that President Donald Trump called right-wing economist Art Laffer multiple times, in a desperate attempt for advice on how to stop the financial bleeding from the coronavirus pandemic.

"'I had a very serious conversation with [President Trump] and with [top economic adviser] Larry Kudlow and with [Treasury Secretary Steve] Mnuchin as well,' relayed Art Laffer, a longtime conservative economist, who said he had three missed calls from Trump on Thursday night before the two connected," according to the report. "During the phone call, Laffer says he advised the president to back a payroll tax-cut waiver, to guarantee liquidity for successful companies, and that 'we should not be bailing out insolvent firms right now. I also advised him against 'helicopter money' ... The president understood exactly what I was saying.'"

Laffer is notorious as the economist who came up with the Republican Party's decades-long tax plan with a doodle on a napkin. He has argued that cutting taxes on the wealthiest corporations and individuals will increase the supply of goods and services, to the point where purchasing power increases for everyone else and economic growth of the tax base offsets losses in revenue — an idea that has not panned out in the real world.

Trump has grown increasingly fearful that the pandemic and the ensuing economic collapse will wreck his campaign message, which had been that he was a trustworthy steward of the economy.