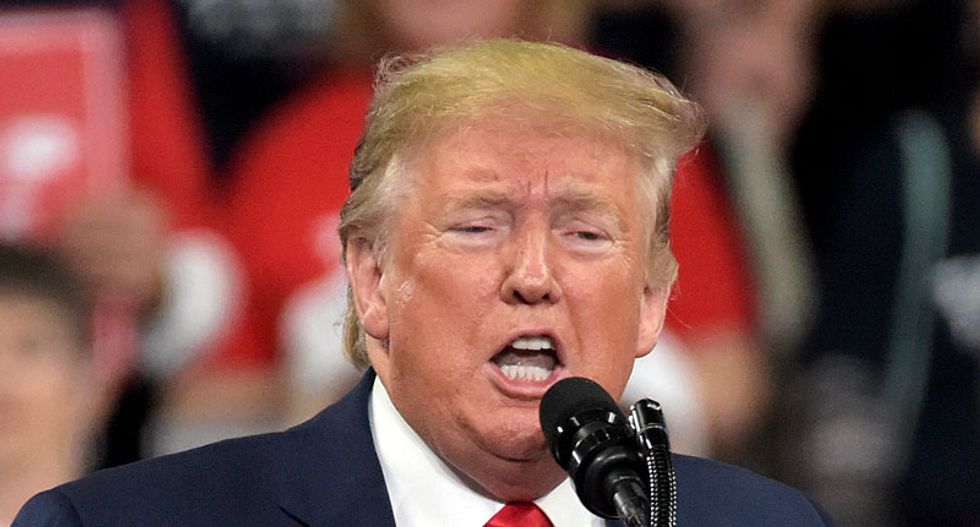 "Mini Mike Bloomberg can never recover from his incompetent debate performances," the president wrote in one tweet. "Also, as mayor he was very bad under pressure -- a chocker (sic)!"

"Texas & Oklahoma: Mini Mike Bloomberg will kill your drilling, fracking and pipelines," he wrote in another. "Petroleum based 'anything' is dead. Energy jobs gone. Don’t vote for Mini Mike!"

This is not the first time that Trump has labeled a political opponent a "chocker," as he first called Sen. Marco Rubio by that misnomer during the 2016 Republican primary.

While the label has never been definitively explained, it is most likely that the president is trying to label someone a "choker" in his insulting tweets.