Trump is emulating 'Baghdad Bob' as the nation plunges into chaos: Conservative columnist 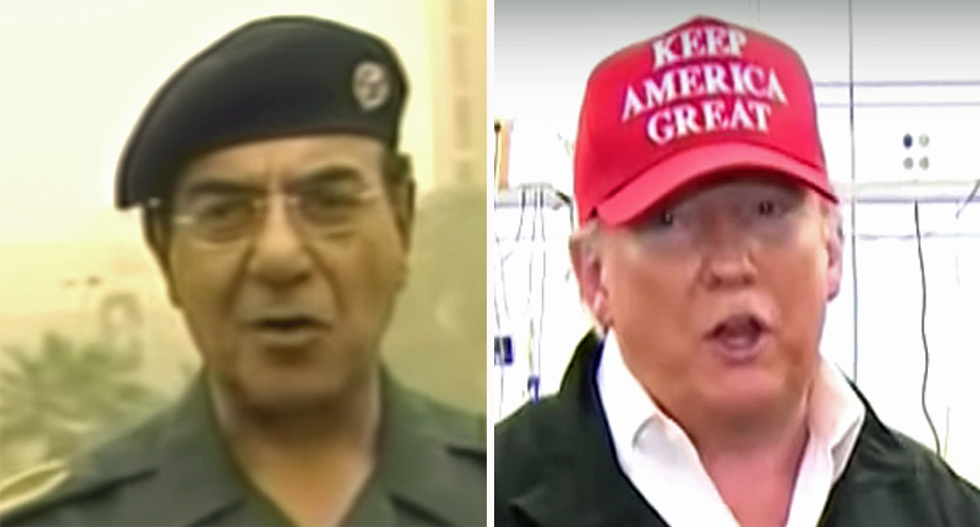 In a despair-laced column for the Washington Post, conservative columnist Max Boot painted a grim picture of life in New York under the threat of coronavirus — and President Donald Trump's ineffectual efforts to spin the pandemic away.

"The stock market is in free fall; on Monday, its rapid decline triggered the circuit breakers that are employed to slow mass sell-offs," wrote Boot. "I know that my 401(k) balances aren’t doing as well as they were just a few weeks ago. I just hope that my family, friends and colleagues stay healthy. My partner and kids are relatively young, so we should be okay, but I have aged parents and in-laws who are in high-risk categories, so that’s worrisome."

"I live in New York, which now has more confirmed coronavirus cases (142 and counting) than any other state, including Washington," continued Boot. "A friend whom we saw recently came down with flu-like symptoms. My son played basketball with a friend who now has a 104-degree fever. Are they suffering from coronavirus? No one knows, because almost no one can get tested. South Korea, with a population of 51.4 million, has already conducted 196,000 coronavirus tests. As of Saturday, the Atlantic could only confirm 1,895 tests out of a U.S. population of 327 million."

And through all this, Boot wrote, Trump is failing to offer the leadership America needs.

"Panic is spreading even faster than the coronavirus because there is no leader to reassure a jittery public," wrote Boot. "President Trump had no credibility coming into this crisis, and he has stayed true to incredible form with, as MSNBC notes, his many 'Mission Accomplished' moments. Feb. 2: 'We pretty much shut it down coming in from China.' Feb. 26: 'You have 15 people, and the 15 within a couple of days is going to be down to close to zero.' On Friday: 'We closed it down; we stopped it.'"

"Trump and his crew have been equally Pollyannaish in trying to bolster the markets," added Boot. "Economic adviser Larry Kudlow urged investors on Friday to buy stocks because he claimed the coronavirus was 'relatively contained.' On Monday, Trump was blaming 'Fake News' for the stock market collapse, even though investors were reacting to genuinely bad tidings."

"This is a time that calls for the candor and reassurance of President Franklin D. Roosevelt’s 'fireside chats,'" lamented Boot. "Instead, we have a president who is emulating 'Baghdad Bob' — the Iraqi minister of information who was claiming complete victory even as Saddam Hussein’s regime was collapsing in 2003."