Trump racing to catch up with states after finally deciding to take coronavirus seriously: op-ed 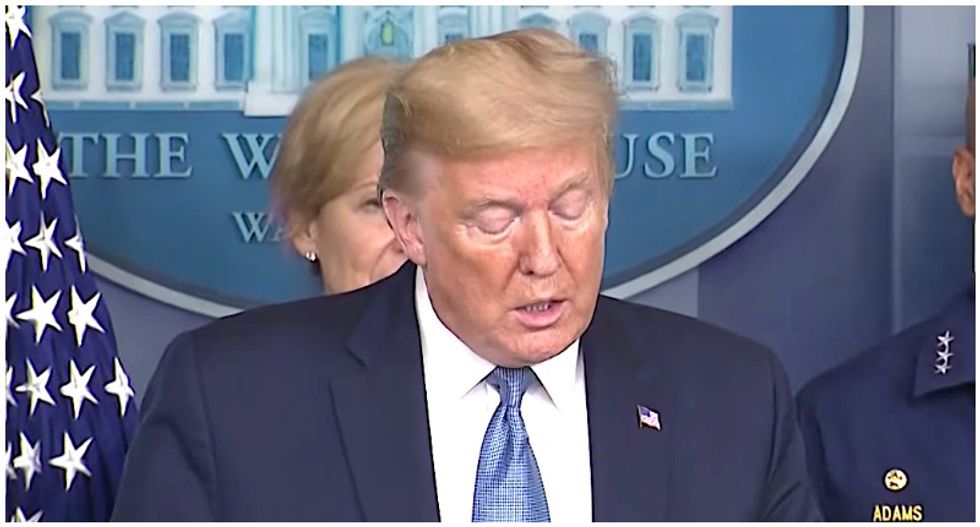 According to CNN columnist Stephen Collinson, "this version" of President Trump might actually save lives.

Collinson, as well as many of Trump's critics, say his press conference this Monday addressing the growing coronavirus outbreak showed a marked changed from the President, suggesting that the undeniably reality of the crisis has forced him to finally take it seriously.

"He dispensed unimpeachable information based on fact," Collinson writes. "He called for national unity and seemed like he meant to help forge it. And he ditched his normal habit of hyping the best possible outcome to a situation with improbable superlatives -- instead communicating the gravity of a fast-worsening crisis."

Trump's "pivot to seriousness" is in sharp contrast to his persona as the crisis first began to unfold, and while the change is welcome, it will take more than one serious news conference to turn the tide of the outbreak. Trump is still giving in to his tendencies to attack public figures, as evidenced by his lashing out at several Democratic governors on Tuesday -- behavior that will undercut his calls for unity, as Collinson points out.

According to Collinson, Trump's performance on Monday was "so unusual" that he may actually shock people into doing their part to help stem the outbreak.

"...Trump's apparent sudden decision to take the novel coronavirus seriously leaves him racing to catch up with state governors and mayors who have been complaining for days about the failure of federal authorities to provide more testing kits and to prepare for the nation's hospitals to be inundated."